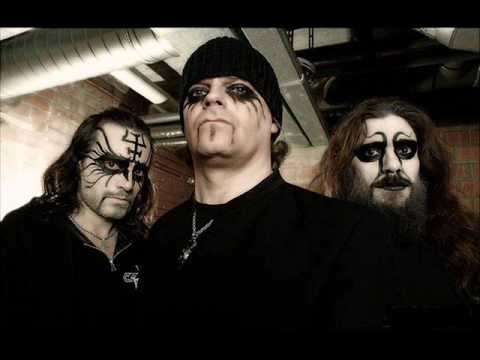 Members:
Albums:
Celtic Frost was a Swiss metal band formed in 1981 under the name "Hellhammer." I see them classified as black metal a lot, and that's kind of how I've always thought of them, so that's how I've chosen to classify them here. They don't sound like most black metal bands, but they had a tremendous influence on a ton of black metal bands and metal bands of other subgenres. The occult lyrics are here, to an extent, but the blast beat drumming, the high-pitched shrieking growled vocals, etc. are not.

They actually started out as more of a thrash/death metal band with a somewhat similar sound to that of early Bathory and Slayer, but with punk rock style D-beat drumming, which shows up a lot on Morbid Tales. They briefly dabbled in glam metal with Cold Lake, which by all accounts I've heard was a total disaster, but I've never listened to it, so I can't personally judge it one way or another.

They initially broke up in 1993 and then got back together in 2001, and along with their reunion came a massive change in sound. They developed a much heavier, colder, brooding doom metal sound for Monotheist. They broke up again in 2008, when Tom G. Warrior left and formed a new band, Triptykon, which I'll create a separate thread for.

Morbid Tales and To Mega Therion tend to be their most highly regarded early albums. I own both of those and Monotheist but haven't yet heard To Mega Therion in its entirety, which needs to change. My favorite album of theirs is definitely Monotheist. It took me a while to get into their newer sound, but once everything clicked for me, I couldn't put that album down. It's a gritty, dark masterpiece and is pretty much the precursor to Triptykon's sound.

Sadly, Martin Eric Ain passed away in October of 2017. He was 50 years old. Tom G. did a nice write-up/obituary for him on Celtic Frost's official website.

Into the Crypts of Rays (from Morbid Tales)


Jewel Throne (from To Mega Therion)


A Dying God Coming Into Human Flesh (from Monotheist)

Gotta be honest I like all their albums and yes including Cold Lake as I don't think it is anywhere near as shit as claimed. Bit of a glammy version of the band but I honestly liked the music.
Cherry Orchards

Riff_Raff said:
Gotta be honest I like all their albums and yes including Cold Lake as I don't think it is anywhere near as shit as claimed. Bit of a glammy version of the band but I honestly liked the music.
Cherry Orchards

Click to expand...
Yeah, I've never listened to that album, and I'm not into glam/hair metal at all, but I look at it like Mick Foley's Dude Love character. Sure, the gimmick might be a little different, and off-putting to those who prefer a darker/edgier aesthetic, but at the end of the day, it's still Mick Foley. Same thing with Celtic Frost and Cold Lake - they're still a great band (and Tom G.'s still the man) regardless.
You must log in or register to reply here.
Share: Facebook Twitter Google+ Reddit Pinterest Tumblr WhatsApp Email Link