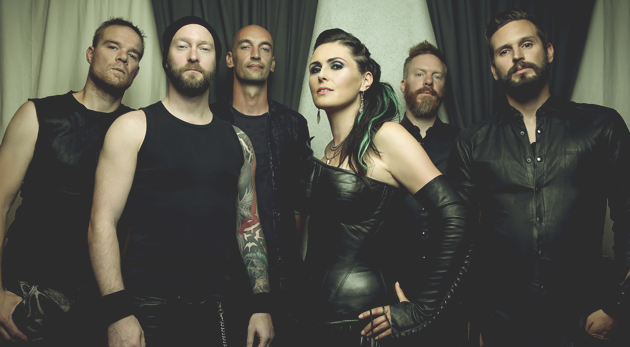 Current members:
Notable former members:
Albums:
Within Temptation is a Dutch symphonic metal band formed in 1996 by Sharon den Adel and Robert Westerholt. They started out with a gothic sound and shifted toward their current symphonic style beginning with Mother Earth. They're a little different from most symphonic metal bands in that Sharon doesn't really do operatic vocals. Rest assured, though, her singing is as incredible, powerful, and beautiful as anyone else's I've ever heard in metal, or in any other genre of music, really. She sets the tone while the guitars chug along behind her and the keyboard is peppered in perfectly in between. Their accessibility and top-notch musicianship easily makes them one of my favorite bands in this subgenre.

As with most bands, I generally prefer their later work, but I've recently listened to Mother Earth and The Silent Force (I've heard portions of the former and the latter in its entirety). They're not bad albums at all. I'll probably be buying both of them soon. If I had to choose, I'd probably say that my favorite album of theirs is Hydra, but I like all of their stuff. Lately, my go-to has been The Heart of Everything. The intro track, "The Howling," is just perfect. It starts off softly, with Sharon gently humming along with a melancholy keyboard playing in the background, and then the guitars, string effects, and a choir kick in, and it hits very hard.

I didn't know this until recently, but apparently Sharon and Robert have been an item for a long time now. They met back in high school and actually have three children together. Robert's younger brother, Martijn, left the band in 2001 to start a band of his own (and another one of my favorites), Delain, with Charlotte Wessels.

It's been a while since they've released anything new, and Sharon has been busy with her solo project, "My Indigo," but they have apparently started working on a new album. I'm definitely looking forward to it, whenever it is released. Until then, we've got plenty of great material to listen to. Check it out!

Mother Earth (intro and title track from that album)


The Howling (from The Heart of Everything)


Shot in the Dark (from The Unforgiving)


Faster (from The Unforgiving)

Their newest album, Resist, is set to drop on December 14th. They've apparently evolved and are supposedly going in a more poppy direction with this one. I don't necessarily see or hear that, but either way, I'm absolutely digging it and can't wait for it to be released. Sharon sounds (and looks) as good as ever!

There's a nice little surprise towards the end of the second song. Check it out! 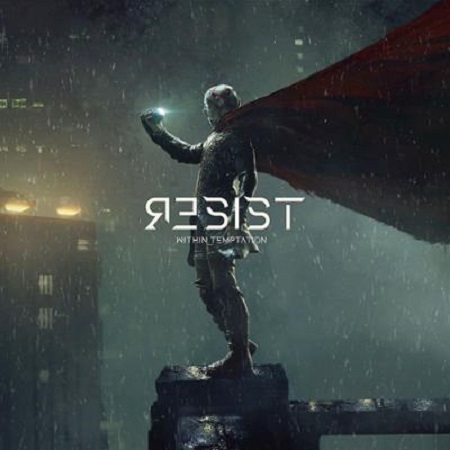 1. The Reckoning
2. Endless War
3. Raise Your Banner
4. Supernova
5. Holy Ground
6. In Vain
7. Firelight
8. Mad World
9. Mercy Mirror
10. Trophy Hunter
Click to expand...
I've got a feeling that they're trying to sneak up at the 11th hour and put out my Album of the Year. It definitely has potential, if the rest of the tracks on it are even half as good as those two were. We'll see!

Mr. Gregory said:
I've got a feeling that they're trying to sneak up at the 11th hour and put out my Album of the Year. It definitely has potential, if the rest of the tracks on it are even half as good as those two were. We'll see!
Click to expand...
Album of the Year, huh?!!!

I will have to hear it first........I may sit down and go through all the new stuff that I have accumulated in my inbox and try to pick an album of the year.

I will have to hear it first........I may sit down and go through all the new stuff that I have accumulated in my inbox and try to pick an album of the year.
Click to expand...
It's a bold early prediction, and I've been burned in the past doing that with other bands, but this is Within Temptation. I don't think they're capable of making a bad album, and those two singles are right in my wheelhouse.

Within Temptation postpone the release of Resist

“We are super overwhelmed by the great response to our new music and we want to thank all of you for your endless support! However, we are currently experiencing production problems and are forced to postpone the release of RESIST to February 1st, 2019. But don’t worry: all the preorders will still be on and delivered to your doormat,” informed the band on their social media. “Because we are very sorry about this, we want to give you something back: not only one but TWO brand new tracks.”
Click to expand...
Well, that officially takes Resist out of the running for my 2018 Album of the Year and makes them an early potential contender for my 2019 Album of the Year.

Here's another single from Resist, "In Vain." Pretty good song with some pretty bleak lyrics. I like it!


They've also put out an official video for "Raise Your Banner."


I can't wait for this album to drop!

Resist is one helluva album!!!

my picks off the album are:

my picks off the album are:

Click to expand...
I finally sat down and listened to the album in its entirety tonight while playing some Dead or Alive 6. It is indeed very, very good. I think The Reckoning, In Vain, and Mad World are my favorite tracks so far, but I'll definitely be listening to it again, so that's always subject to change. Mad World was a really pleasant surprise. It sounds like a Birthday Massacre song. When that opening riff hit, I was like

The big three for me are The Silent Force, The Heart Of Everything, and The Unforgiving.

I was ALL ABOUT this band during those years. The material before and since is also good, but those three are near-perfect. Fresh sounding when they came out, well-produced, well-written and hard-hitting melodic metal.

I like the concept of The Unforgiving; the idea that the souls of "good people that died doing bad things" are given a chance at redemption, by being recruited as assassins to kill a very bad person.