What Is Hard Rock?

I don't want to get purged. Or hunted down with pitchforks... @Magic can hop the state border and the manhunt will ensue..

Although there is one commercial Bon Jovi song that I really find catchy...

People's personal preferences aside, I'm not sure I would call Bon Jovi, or even Boston - who I do like, and are discussed elsewhere on this forum - hard rock. Soft rock? Melodic rock? Which brings us neatly back to the OP question. But even the OP's definition, "if it rocks hard, it is hard rock" can be questioned. What is "rocking hard"? (behave yourselves now! lol).

But at the end of the day, I think I tend to settle on Lynch's view:

Lynch said:
I'm more into labels of "I like it" or "Don't really care for it" or "that sucks" as the labels of choice these days.
Click to expand...

Boston is hard rock, although it isn't hard rock in the same respect that AC/DC is. If we only acknowledge bands that fit neatly into the genre of hard rock, we would quickly run out of bands to talk about.

i found this well written opus of an article on how to scale the hardness of music. The article is loaded with links to some humorous side articles and added information. If you scroll to the bottom of the article you get the 1-11 scale with examples.

Note: this article is worthy of its own thread....it is that good.

I love that scale.

Muddying the waters a bit more, crossover artists, guys like Steve Earle, Shooter Jennings, Blackberry Smoke and Cross Canadian Ragweed. There stuck in that world between rock and country but each one of them can rock with the best of them.

This song has one of the best rock riffs ever.

Love me some Shooter Jennings. I grew up listening to his old man, and still listen to ol' Waylon on a regular basis. The first time I saw Shooter, was back in 1982 when Waylon walked him out on stage and introduced his little 3 yr old son to the audience.

It was probably around this time frame (this is a picture from one of Shooter's other videos): 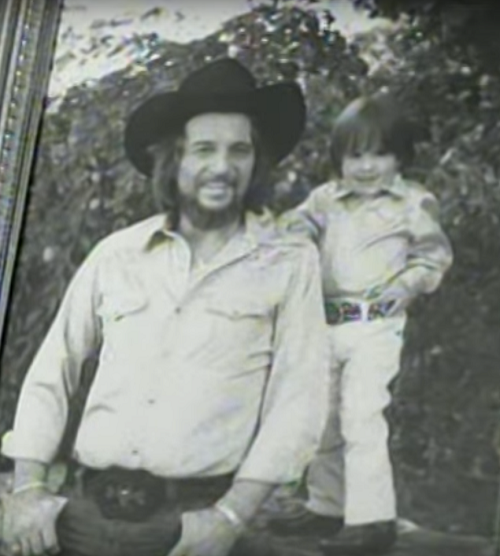 I think that Shooter's first two albums were his best, but he definitely has a number of good tracks littered throughout his discography.

I consider Shooter a Hard Rock artist. Honestly all that hellbilly, rock-a-billy stuff is hard, IMO 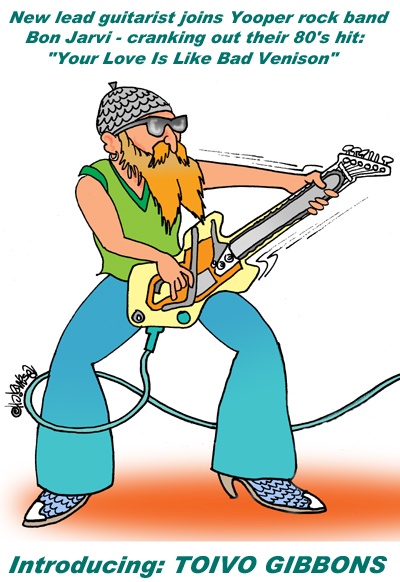 Oldhippie said:
View attachment 294
Click to expand...
That reminds me of the old spoof band "Da Yoopers" does anyone remember "30 point buck"?

Speed King said:
That reminds me of the old spoof band "Da Yoopers" does anyone remember "30 point buck"?
Click to expand...

Da Turdy Point Buck was done by some guys from Wisconsin called Bananas At Large.

Yepp, I know Second Week Of Deer Camp as well,....

I met DaYoopers a few decades ago. Biggest bunch of arrogant arseholes I ever met.

Oldhippie said:
I met DaYoopers a few decades ago. Biggest bunch of arrogant arseholes I ever met.
Click to expand...
You can say assholes here (as long as it's not directed at a fellow forum member),...we have a short list of words you can't say, but assholes is acceptable. God knows the world is full of them!

Speed King said:
You can say assholes here (as long as it's not directed at a fellow forum member),...we have a short list of words you can't say, but assholes is acceptable. God knows the world is full of them!
Click to expand...
LOL, it’s a carry over from Racing-forums. We can’t say assholes there.
You must log in or register to reply here.
Share: Facebook Twitter Google+ Reddit Pinterest Tumblr WhatsApp Email Link