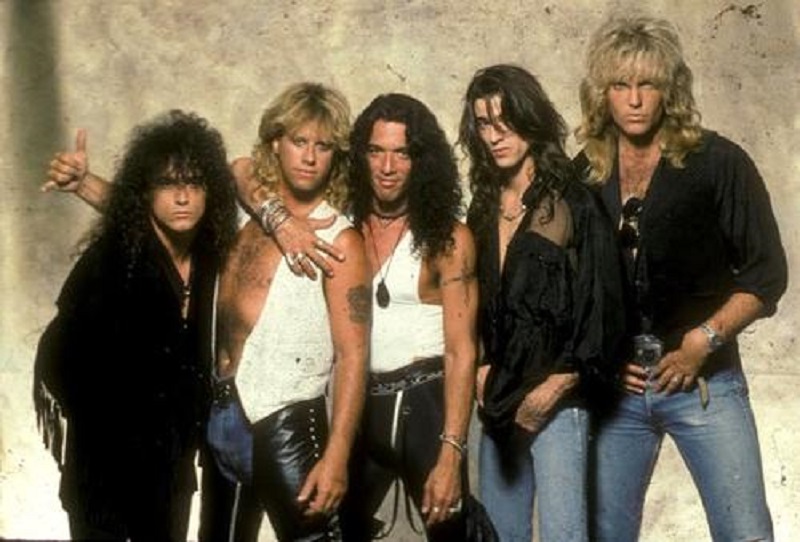 
Ratt was one of the more successful 1980's glam bands that helped shape the Los Angeles scene. However, they have had a lot of band member changes, taken a couple extended breaks, reunited a few times, and in recent years there were two Ratt bands, one was touring as Bobby Blotzer's Ratt Experience. As of 2018, Stephen Pearcy has moved forward as the only Ratt band.

What got me motivated to post this thread was having the song "Round and Round" stuck in my head today. That song was one of their most successful singles and just in case you haven't heard it....... 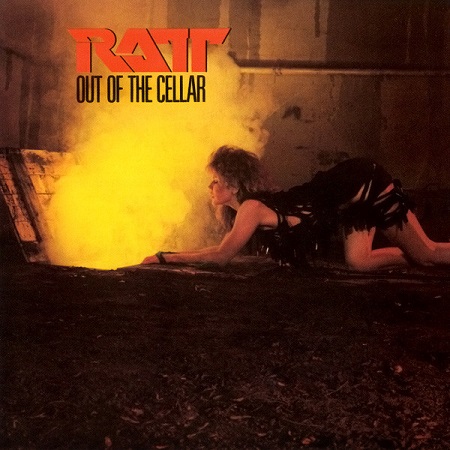 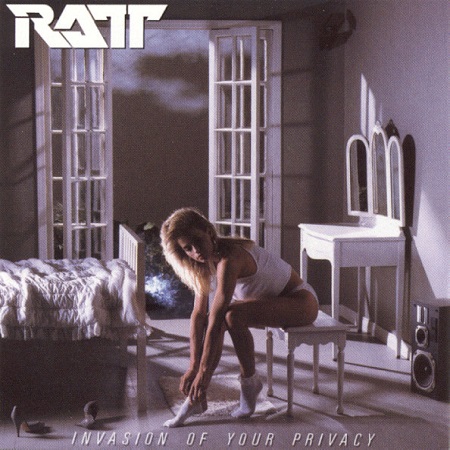 Lay It Down ft. Playboy Model Marianne Gravatte who is also featured on the album cover. 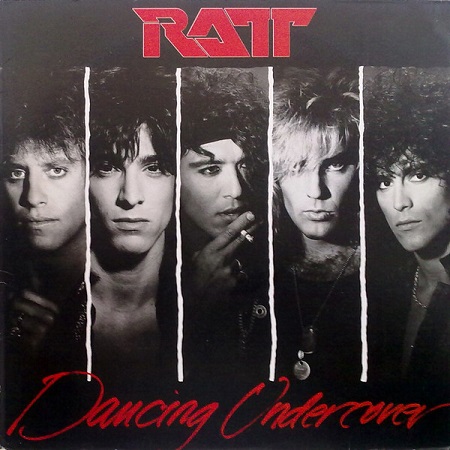 Slip of the Lip

Loved their self-titled debut EP and the 5 albums that came out after it. Seriously, I don't think there is a single song on those first 6 releases that I ever skip past. Ratt gets plenty of play on all of my favorite devices.

Great stuff. Fun songs and some pretty damn decent musicians. Warren DeMartini is one of my favorite guitarists. Had a very distinct style.

Unfortunately, lead singer Stephen Pearcy is a major pain in the ass. The band has has plenty of personnel issues over the years. Fights over who does and doesn't own the name. Who can and can't tour with the name. It's been a major soap opera over the past 10+ years. I remember listening to Eddie Trunk a number of years ago on his XM radio show, he was talking with Bobby Blotzer (drums) about the situation at that time and Bobby talked about how Stephen wanted 50% of the money but didn't want to invest dollar ONE into the expenses of touring and that is what ended up causing the breakup in the early 2000's. Bobby, Warren and Juan ended up suiing Stephen for the rights to the band and I thought they had won. Then when Ratt started to get it's shit together again a few yrs back, Bobby was out of the band, touring as "Ratt" and Stephen, Warren and Juan sued Bobby for the same sort of shit and won. So, Bobby has been the main name in some bullshit version of Ratt for the last couple of years and the rest of Ratt was Stephen, Warren, Juan, Carlos Carvazo (originally known for the glory years of Quiet Riot) and some drummer I don't remember.

Then, a couple of months ago, I read that Warren was let go from the band. ZERO reason as to why this happened. Days (or a couple of weeks at most) after that was announced, Carlos left the band. Again, next to no press about the reason for it. They have what I consider to be 2 no-name guys playing guitar now. Juan and Stephen and 3 unknowns are what we see in Ratt these days. A LOT of us long-time, die-hard fans aren't too happy about it. It's no longer Ratt, but rather it SHOULD be called "The Stephen Pearcy Band" (much like GnR being the Axl Rose Band). It's not just that Warren and Carlos and Bobby are out, but Warren is a LOT of what makes Ratt what it is. His playing style, tone and chops are a big part of what made Ratt what it was.

After Warren and Carlos were removed/gone, there were a lot of rumors as to who was going to take on the lead guitar role. The first name that rolled around that I heard was Jake E Lee (Ozzy, Badlands, Red Dragon Cartel). I didn't think it would happen, mostly for two reasons. 1) I've heard plenty about Jake being a pretty strong willed, and I just didn't think that would work very well playing other people's music, mixed with Stephen's already over-inflated ego. 2) Warren and Jake E Lee and George Lynch kind of all came up in the music business around the same time and from what I've heard, they all remain friends. I just didn't think that Jake would step into the shoes of a good friend.

Then a few weeks ago, there was some audio floating around the net that George Lynch said he was approached to join Ratt, but he said that there was a money issue and it wasn't going to happen. I never heard the audio, but did see people commenting about it in various places.

I'm glad that last one didn't pan out. I'd rather see George touring with Lynch Mob, doing Dokken and Lynch Mob tracks over Ratt songs. He has a LOT more to offer than covering someone else's work.


Sorry, I could keep writing, but I'll leave it at that for now.

Man all that drama is a shame because back in the day the music was and still is top notch. I think though- no matter how you slice it - even if the band had managed to keep it together the music would probably have changed, I think there was something sort of magical happening in music from 81-91 in general outside of the hair

in all sincerity though , it is a vibe and feel that has really not been replicated and it is a shame because it was that cool. Some bands manage to keep it together and mellow on in a different way- Ratt don't seem to be one of them to bad I am a fan and would have loved more from the original line-up

I think the new Ratt lineup just started touring together this July (2018).

IMHO......after watching Ratt live videos of Warren's replacement, Jordan Ziff, I can honestly say he is as good as if not better than Warren. And this is judging his abilities from all the crappy sounding videos on YT that comes from people's cell phones!! You should google Jordan Ziff's NAMM 2013 performance, when he was only age 21....It's impressive!!

Carlos Cavezo left Ratt because he wasn't interested in playing without Warren at his side. Chris Sanders, who replaced Carlos Cavezo is also a decent axe slinger who comes from Britny Fox & Lizzy Borden, wouldn't call him an unknown.....

Metal Sludge reached out to Cavazo direct, and he took our call and went on record, that he is gone from the band Ratt.

“As long as Warren (DeMartini) is not there, I don’t see myself doing. I can’t picture anyone else being there other than Warren.” says Cavazo

Cavazo adds, “The same goes for the other guys as well, Pearcy and Croucier. If they fell off, I wouldn’t want to be involved.”“
Click to expand...
I just hope that if this new lineup manages to hold together, they put out some material that is new. I am sorta disappointed they don't have some new stuff instead of playing old Ratt tunes.............as a fan, this is probably what upsets me the most.


Minus the vocals this could be Aerosmith!!!