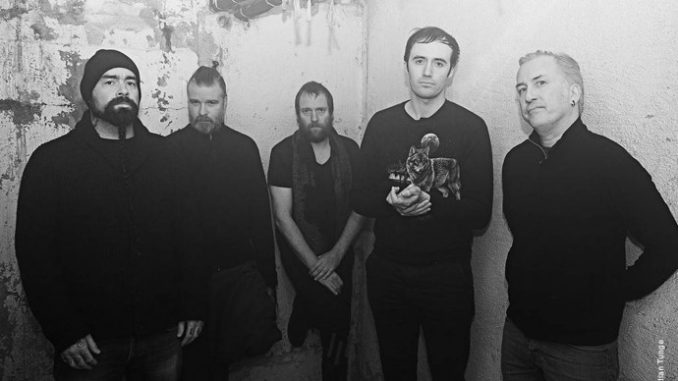 Current Members:
Supporting Cast:
Albums:
Ulver is a Norwegian experimental music group formed in 1993 by Kristoffer Rygg (Garm). Their first three albums were done in a traditional black metal style. Bergtatt was an atmospheric black metal album. It incorporated some slower acoustic/folk passages and had plenty of clean singing from Garm mixed with harsh black metal growls. Kveldssanger went even further in the atmospheric/acoustic direction, while Nattens Madigral went in the complete opposite direction and had a super raw, second wave black metal sound which largely stripped away the atmospheric and folk elements from the two previous albums. It's actually surprising to me that Nattens Madigral was their third album. Given its extremely low-fi production, you'd think that it would have been their first one, and it just made their stylistic shift after that album even more jarring.

Their fourth album, Themes from William Blake's The Marriage of Heaven and Hell, saw them transition to a more progressive, experimental style and, naturally, alienate some folks in the black metal community. With Perdition City, the transition was completed. That album was still moody and dark, but it had a much more ambient, electronic, avant-garde sound. They continued to go in that direction from that point onwards. They definitely win points for originality - not in the sense that this style of music has never been done before, but in the sense that they tend to not make the same album twice, so you never know exactly what you're going to get from them.

With Ulver, people tend to fall into one of three camps: the black metal purists who only like their first three albums, the people who only like their experimental newer albums, and the people who just like all of their stuff. I'm in the third group. I haven't listened to all of their albums, but pretty much everything that I have heard from them is excellent no matter when they made it. In particular, I love Garm's vocals, especially his cleans. He's just got a super distinct, unique vocal style that I never get tired of hearing. If I had to choose, I'd probably say that my favorite album of theirs is Messe I.X.-VI.X, which was recorded in conjunction with the Tromsø Chamber Orchestra. It was the first of their newer albums that I listened to, and it pretty much got me into their newer style of music.

Ulver is one of those rare bands that isn't really capable of making a bad album in my opinion, but since all of their work is so different, it's hard for me to recommend an optimal starting point. I'd say that if black metal is your thing, start with Bergtatt. That album sounds somewhat similar to my girl Myrkur's first LP (M), which Garm was the producer on. If you're open to other styles of music or aren't particularly into black metal, start with either Perdition City, Blood Inside, Shadows of the Sun, or Messe I.X-VI.X, like I did.

For the Love of God (from Blood Inside)

Christmas (from Blood Inside)

Eos (from Shadows of the Sun)