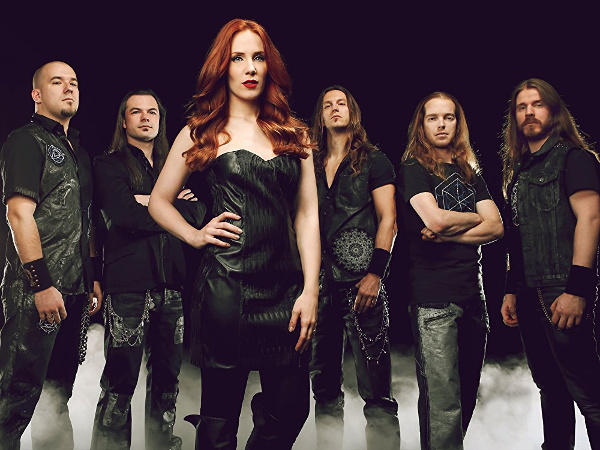 Current members:
Discography:
Epica is a symphonic metal band from the Netherlands. They're one of my favorites. Simone Simons is easily one of the best metal vocalists on the planet, and she's quite easy on the eyes, too. I love her.

They're generally pretty bombastic and have a lot going on in their songs. Simone has a very strong, powerful voice, and Mark Jansen backs her up with death growls. There are heavy, chugging guitars, there's a choir in the background, orchestral elements, etc. They're very good at what they do IMO.

At the moment, my favorite album of theirs is The Quantum Enigma. I haven't listened to The Holographic Principle enough to compare it yet, but it's pretty good as well. I own a few of their other albums, and all of them are pretty solid.

Unleashed (from Design Your Universe)


Storm the Sorrow (from Requiem for the Indifferent)


Edge of the Blade (from The Holographic Principle)

Epica has released their first single from the upcoming EP "EPICA vs. Attack on Titan" which will be released July 20, 2018

Cleaned up the OP a bit and added a couple of videos from The Holographic Principle.

I need sit down and listen to their newest EP. I forgot that was coming out this month.