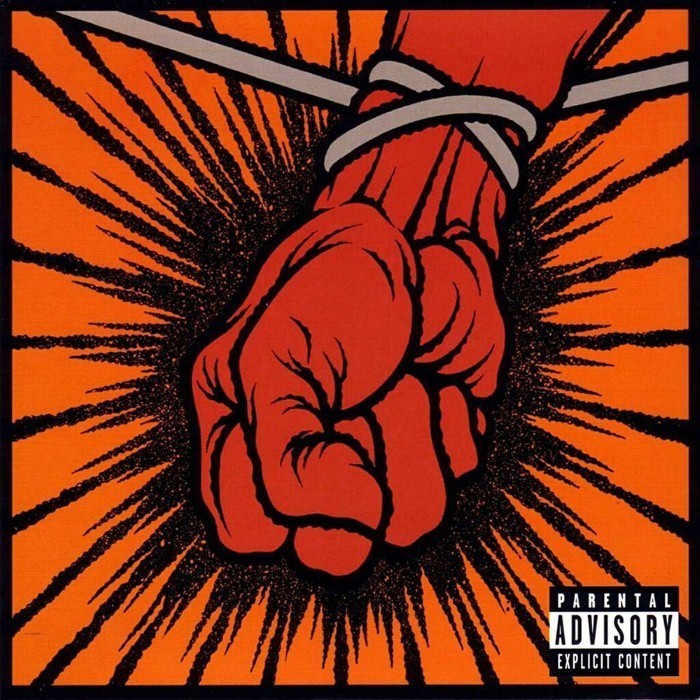 Overview:
St. Anger is the eighth studio album by American heavy metal band Metallica, released on June 5, 2003 through Elektra Records. Not only was it the band's first album of the 21st century, but it was the band's last album released through Elektra, thus marking the end of the longest timespan between studio albums from Metallica, with nearly six years between the release of ReLoad and this album. St. Anger was originally intended for release on June 10, 2003, but was released five days earlier due to concerns over unlicensed distribution through peer-to-peer file sharing networks. The album marks the final collaboration between Metallica and producer Bob Rock, whose relationship began with the band's fifth studio album, 1991's Metallica.
St. Anger is the first Metallica album since Master of Puppets that does not feature long-time bassist Jason Newsted. Newsted left the band prior to the initial sessions for the album, leaving Rock to temporarily take his place until a permanent replacement could be found. It is also the first album since ...And Justice for All to have a title track. Recording of the album initially started on April 24, 2001, but was postponed indefinitely when rhythm guitarist and singer James Hetfield entered rehab for "alcoholism and other addictions". St. Anger is often recognized for being a radical musical departure from Metallica's earlier work; it features a heavy metal style, raw production, and no guitar solos.
St. Anger debuted at the top of sales charts in 30 countries, including the US Billboard 200. Upon its release, it met mixed critical reviews and has since gained less favorable reception. In 2004, the album's lead single, "St. Anger", won a Grammy Award for "Best Metal Performance". The album was certified 2x platinum by the RIAA and has sold over 6 million copies worldwide.
In Metal Edge's 2003 Readers' Choice Awards, the album was voted in two mutually incompatible categories: Best Album Cover and Worst Album Cover. The single, St. Anger", was voted Video of the Year.