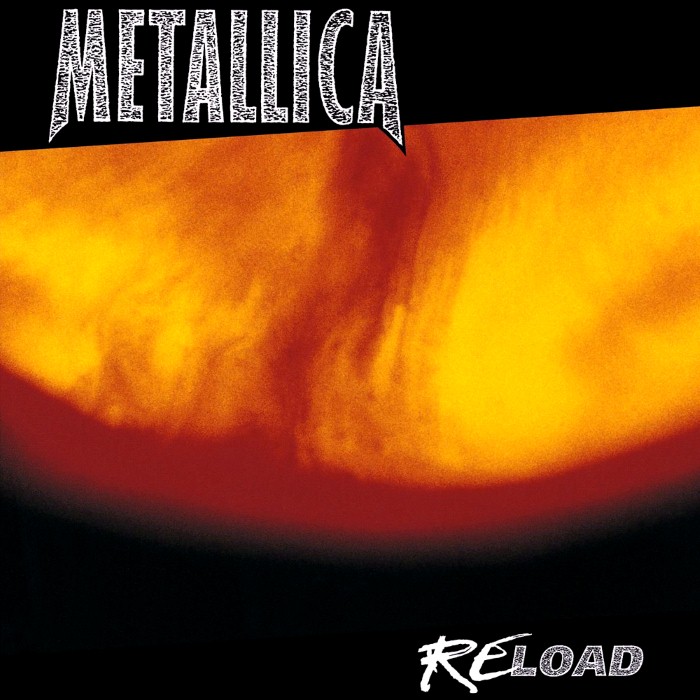 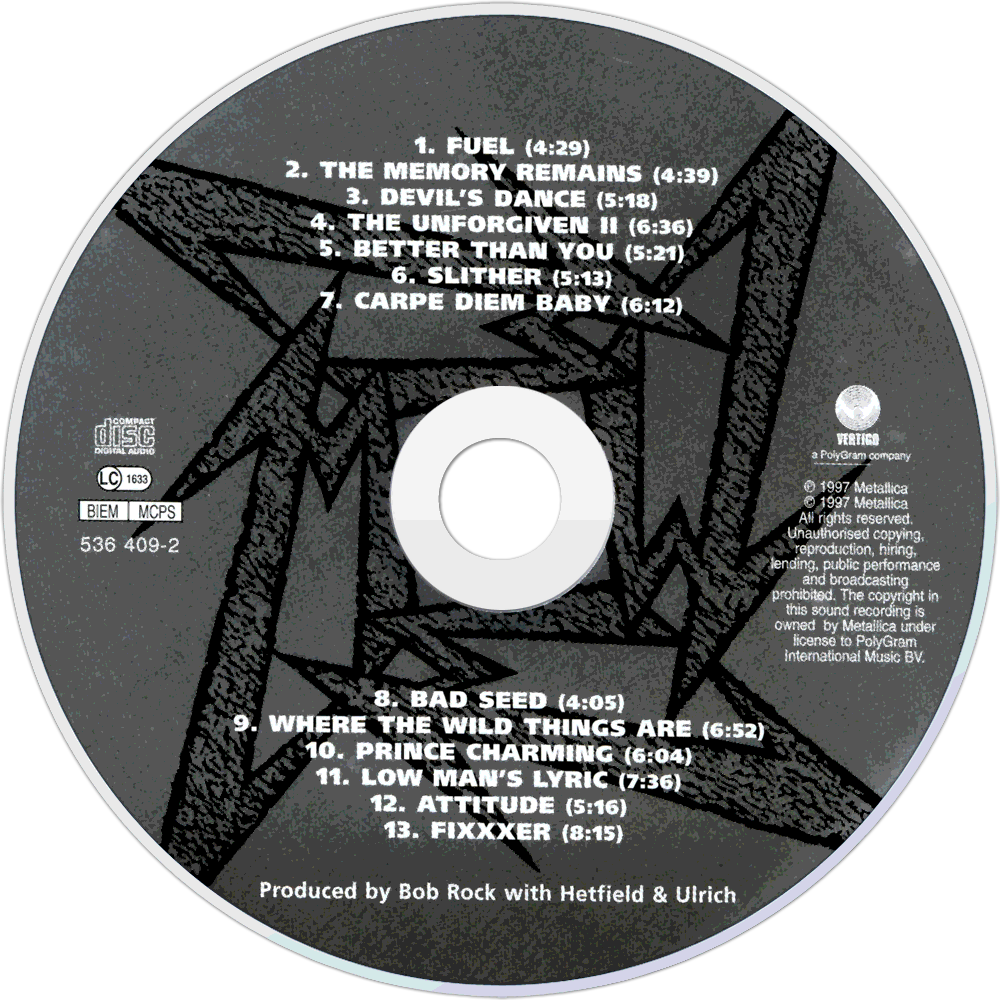 Overview:
ReLoad is the seventh studio album by American heavy metal band Metallica, released on November 18, 1997 through Elektra Records. It is a sequel or counterpart to the band's previous album, Load, and also the final Metallica album of the 20th century. ReLoad debuted #1 on the Billboard 200, selling 417,000 copies in its first week. Only six of the thirteen songs have ever been played live. They include "Fuel", "The Memory Remains", "Devil's Dance", "The Unforgiven II", "Low Man's Lyric", and "Carpe Diem Baby". There are also occasional jam sessions of songs including "Bad Seed", "Better Than You" and "Fixxxer". ReLoad is currently certified triple platinum by the RIAA. It was the final Metallica studio album to feature bassist Jason Newsted, though it was not his last release with the band. ReLoad also marked the second and the last appearance of a new Metallica logo on an album, until the release of Garage Inc.
The original idea was to make Metallica's sixth album a double album. However, with problems recording so many songs at one time, the band decided that half of the songs were to be released and the band would continue to work on the remaining songs and release them the following year. Drummer Lars Ulrich stated that "it's the second half of Load. It's just coming out a year and a half later."
This was the second album to feature most, if not all, songs in Eâ™­ tuning, with "Bad Seed" being played in Dâ™­ tuning and "Devil's Dance" in D tuning. D tuning was earlier used for "Sad but True" on Metallica and later used for "Sabbra Cadabra" and Whiskey in the Jar" from Garage Inc.
Recently the song "Carpe Diem Baby" premiered at the "Metallica's 30th Anniversary Party" in 2011. The songs that have never been played are "Better than You", "Slither", "Bad Seed", "Where the Wild Things Are", "Prince Charming", "Attitude", and "Fixxxer".