Bands whose name misrepresents the music or who they are.

Alice Cooper. Who is really a man.

Can we do metal bands as well as hard rock bands?

Magic said:
Alice Cooper. Who is really a man.
Click to expand...
Although Alice Cooper was a band when they were formed back in the 60's. the guy we know as Alice took on the band name as his own name sometime in the early to mid 70's. I'm honestly not even sure if he legally changed his name to Alice Cooper or not. (inquiring minds want to know).

Savage Garden. Put out one of the most hideous ballads ever recorded. I’d rather listen to Debbie Boone.

Doobie Brothers. When I was a kid and first heard this name, I thought they were brothers named "Doobie"

How about Budgie? If there ever was a band that didn't match their name, it's them. Budgie is short for budgerigar, it's a parakeet,...see the pic below. 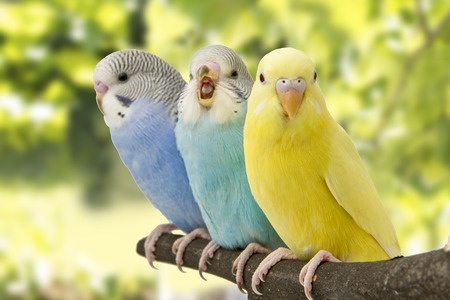