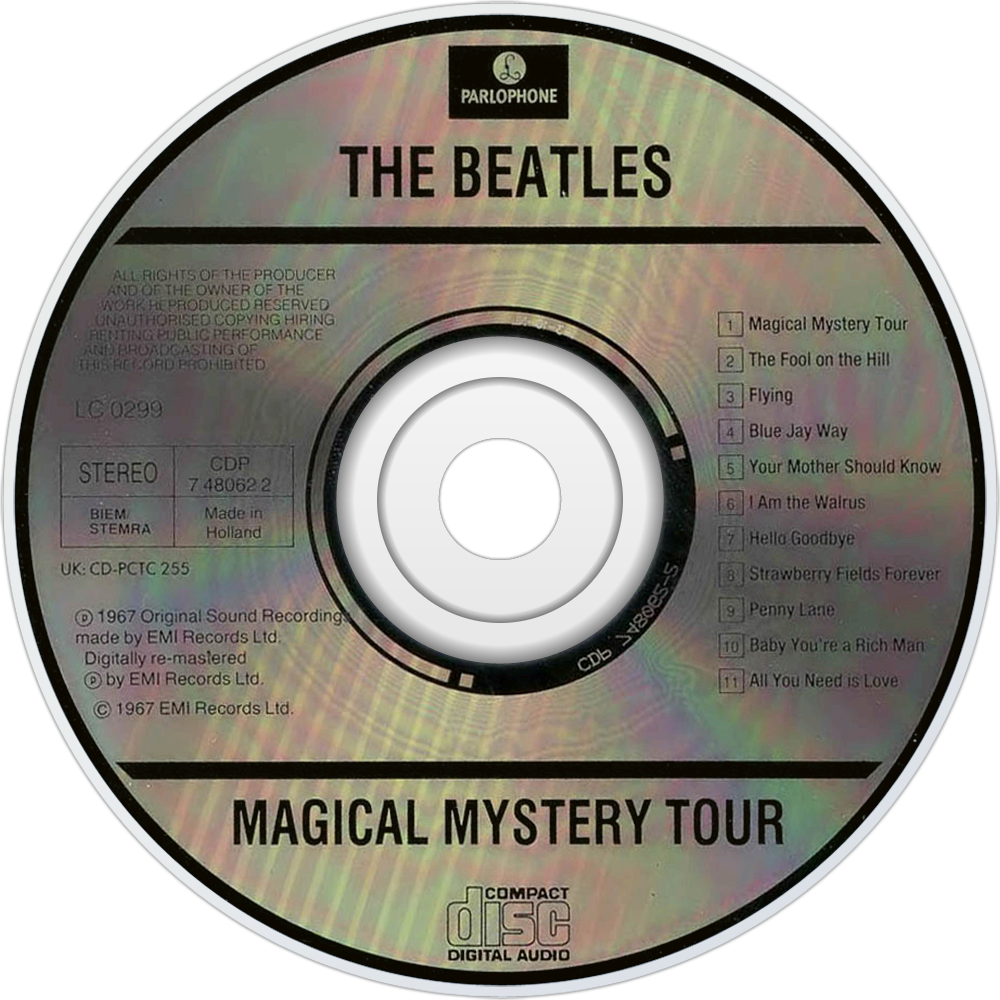 Overview:
Magical Mystery Tour is an LP and a double EP by the English rock group The Beatles, produced by George Martin, both including the six-song soundtrack to the 1967 film of the same name. The material was released in the United Kingdom on 8 December 1967 as a six-track double EP on the Parlophone label; in the United States the record, released on 27 November 1967, was an eleven-track LP created by Capitol Records, adding the band's 1967 single releases. The EP was also released in Germany, France, Spain, Yugoslavia, Australia and Japan.

The US LP was later adopted as the official version of the record when The Beatles' catalogue was updated for the 1980s digital Compact Disc releases. It did not see an official 11 track LP release in the United Kingdom until 1976. The album was remastered 9 September 2009 for the first time since its CD release. The soundtrack was a critical and commercial success, a #1 album in the US and Grammy-nominated, despite the relative critical and commercial failure of the Magical Mystery Tour film.