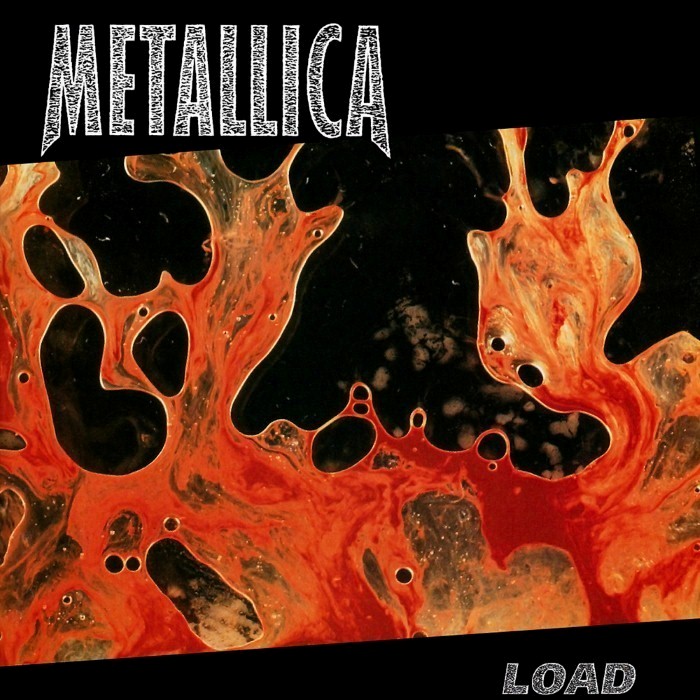 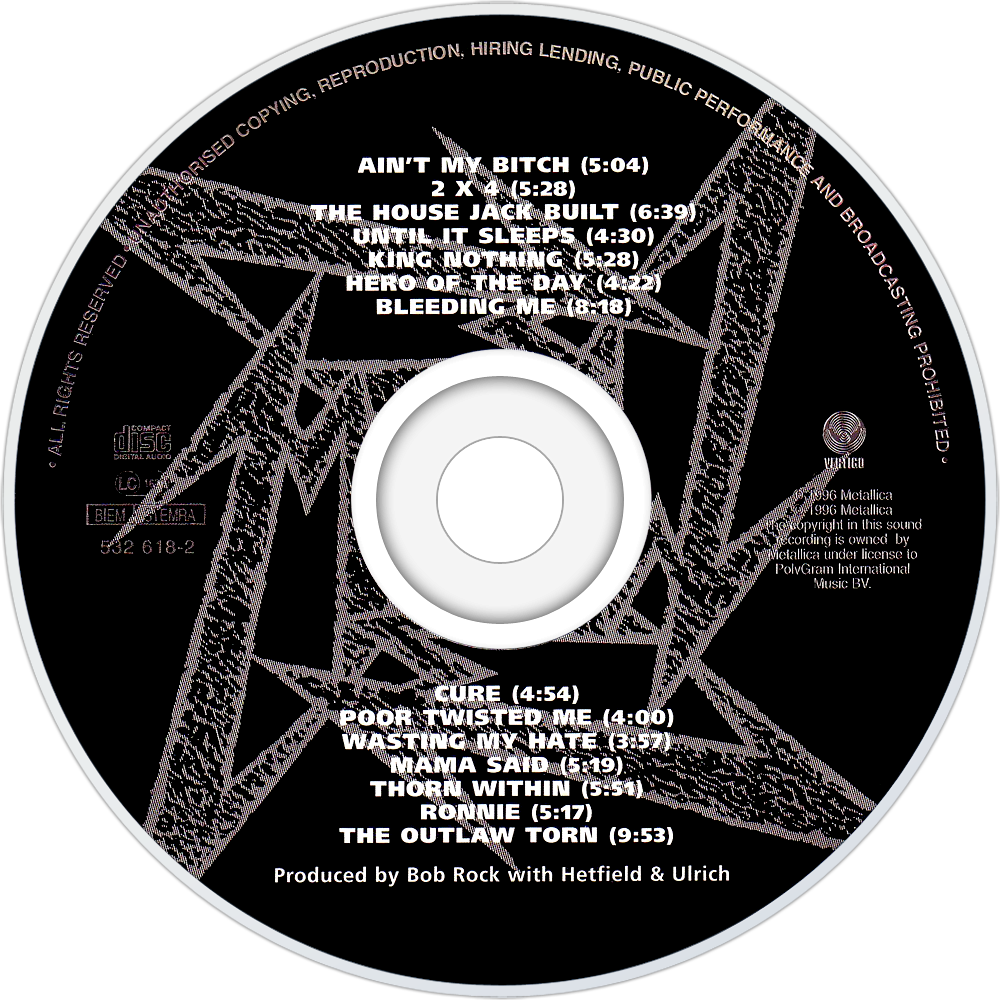 Overview:
Load is the sixth studio album by American heavy metal band Metallica. Released on June 4, 1996 through Elektra Records, it sold 680,000 units in its first week (making it the biggest opening week for Metallica) and the biggest debut of 1996. Load debuted (and spent four consecutive weeks) at #1 on Billboard 200. The album has sold over five million copies in United States and is certified 5x platinum by the RIAA. Four singles were released in part of the marketing campaign of the album: "Until It Sleeps", "Hero of the Day", "Mama Said", and "King Nothing".
The album garnered backlash from a portion of the band's fan base because of a shift in tone from the group's previous efforts (Load features a bluesier sound than the band's previous outings). According to drummer Lars Ulrich: "This album and what we're doing with it - that, to me, is what Metallica are all about: exploring different things. The minute you stop exploring, then just sit down and fucking die." "The House Jack Built", "Cure", "Ronnie", and "Thorn Within" have never been played live. Only "Thorn Within" and "Cure" had occasional jam sessions throughout 1997 but were stopped thereafter.
Despite the backlash, Load won two Metal Edge Readers' Choice Awards in 1996, when the album and its first single, "Until It Sleeps," were voted Album of the Year and Song of the Year, respectively.