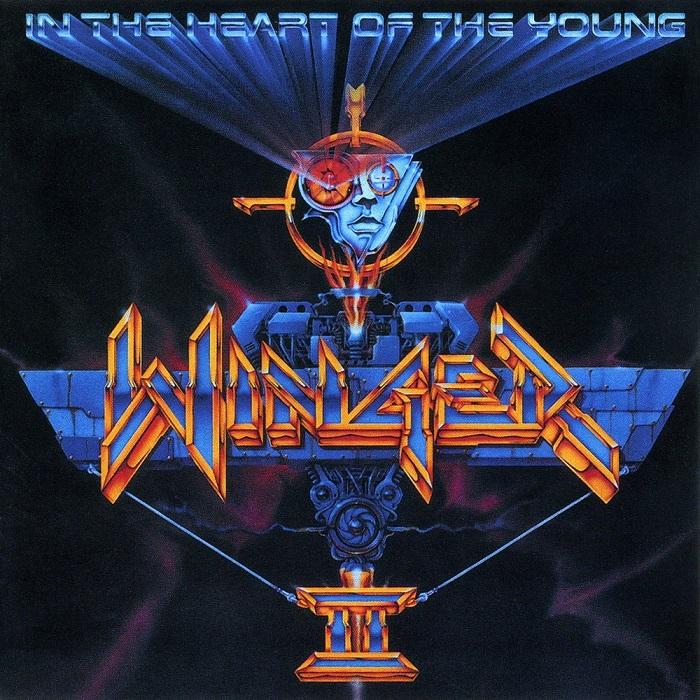 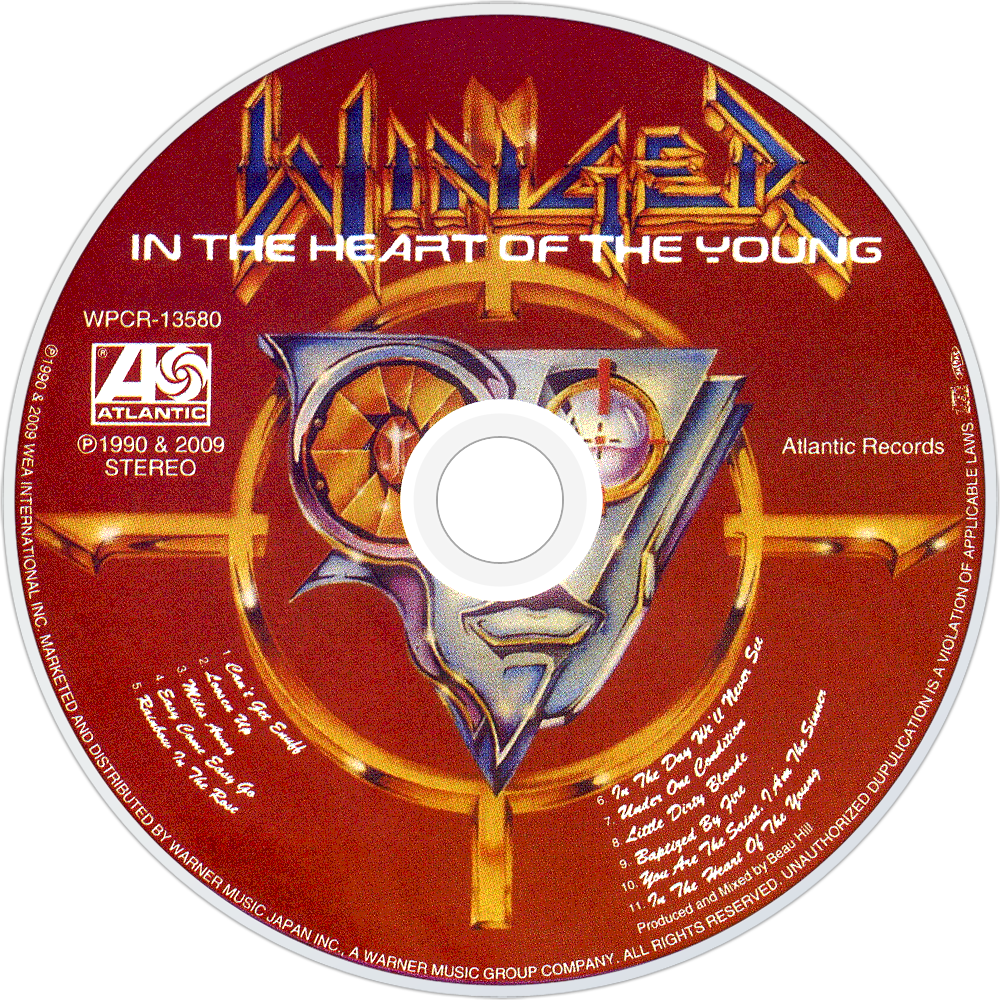 Title: In the Heart of the Young
Artist: Winger
Genre: Glam Metal
Released: 1990

Overview:
In the Heart of the Young is the second album by American glam metal band Winger. It was released by Atlantic Records in 1990.

Musically, In the Heart of the Young followed closely in the footsteps of the band's debut album. Once again produced by Beau Hill, the album features hook driven, progressive-tinged, radio friendly pop metal. There are, however, also some notable changes from the debut. In the second half of the album the lyrics take on a more serious approach than was typical for the genre and the band also stretches out into longer and more complex progressive passages than on the first Winger album.

The album was certified platinum and produced such hits as "Can't Get Enuff", "Easy Come Easy Go" and "Miles Away", the latter of which made the Top 20 at Billboard's single chart. According to Kip Winger, "Can't Get Enuff" and "Easy Come Easy Go" were late additions to the track listing, written because it was felt there were not enough rock songs on the album. The album itself peaked at #15 at the album chart.