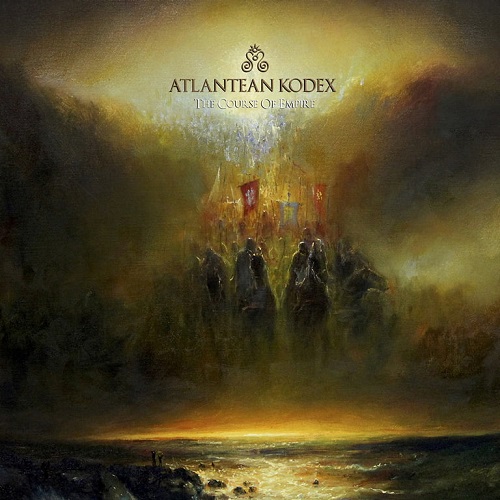 
This is Atlantean Kodex's third full length release which clocks in at a little over an hour in length, and is scheduled for release September 13, 2019 but you can find it on Youtube. My first impression is WOW! The Course of Empire is a profound listening experience.

The music flows smoothly from one song to the next with no song seeming out of place which makes for a cohesive listening experience. The Course of Empire is chock full of mythological story telling, dramatic hymns, and monumental harmonies which made me turn my volume up a bit louder than I normally would. The guitars are lo-fi, energetic, and aggressive while the percussion is a pounding support to the vocals. The music is slow to mid-tempo with an occasional burst of epic energy. You can even find a couple songs with an eerie, ominous darkness.

From my first impression, I cannot even begin to pick tracks which are standouts. The whole album is that good!

The first song video release:
People of the Moon (Dawn of Creation)