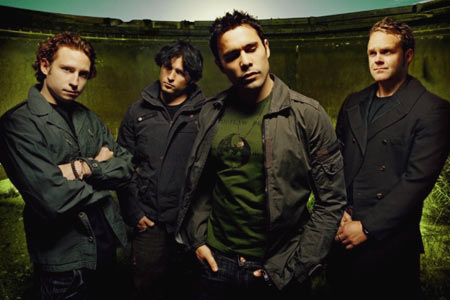 
Trapt is a hard rock / alternative band that formed in California in 1995. Trapt came to life when Brown and Charell met up with a couple other guys back in high school and decided to start a band. They began lighting it up in local venues and opening for Papa Roach before graduating.

In 1999, they made a self released album, Almalgamation, to sell at live shows.....and sold nearly 1000 copies. This album is very different than any other release since this album contained a lot of "rapping", and was the only release to contain rap.

Their big break came in 2002, with the release of the single "Headstrong". This big hit made their Self Titled debut album a great success.

Some call this band a one hit wonder, however, they have been touring regularly and releasing albums to a fairly large fan base. They have been a regular on Cruefest and the Jagermeister Music Tour.