The theremin was invented by Mr. Theremin in the 1920s and was not meant to be used as a musical instrument, but later became a must in many psychedelic and art-rock bands since the mid 60s. They were rediscovered by the Paisley Underground garage psych revival bands in the 80s.
The autoharp is an eclectic instrument and is used in some Southern U. S. country rock songs and other music genres.
Thoughts on these two instruments and if you have any fav songs including them, feel free to post them.

great topic! I am not familiar with a Theremin but I do know what an Autoharp is..

Do You Believe in Magic

Magic said:
great topic! I am not familiar with a Theremin but I do know what an Autoharp is..

Do You Believe in Magic

Click to expand...
Well, I'll be damned if I knew Loving Spoonful had used an autoharp for this song.....or I just forgot .
I know Janis Joplin was a keen autoharp player, but I don't think she ever played it in any of her recordings 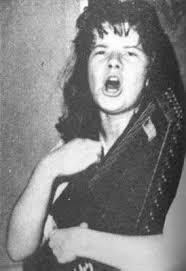