Studio Albums: (The album name is a link to the album thread with album video)

Scorpions are a hard rock and heavy metal band from Hannover, Germany formed in 1965 by guitarist Rudolf Schenker, who is the band's only constant member (although Klaus Meine has been lead singer for all their studio albums). They are known for their 1980s rock anthem "Rock You Like a Hurricane" and many singles, such as "No One Like You", "Send Me an Angel", "Still Loving You", and "Wind of Change". The band was ranked No. 46 on VH1's Greatest Artists of Hard Rock program. "Rock You Like a Hurricane" is also No. 18 on VH1's list of the 100 Greatest Hard Rock Songs. On January 24, 2010, after 45 years of performing, the band announced that they would be retiring after touring in support of their new album Sting in the Tail, although this decision was eventually retracted. The band sold over 100 million albums worldwide.
Rudolf Schenker, the band's rhythm guitarist launched the band in 1965. At first, the band had beat influences and Schenker himself did the vocals. Things began to come together in 1970 when Schenker's younger brother Michael and vocalist Klaus Meine joined the band. In 1972 the group recorded and released their debut album Lonesome Crow, with Lothar Heimberg on bass and Wolfgang Dziony on drums. During the Lonesome Crow tour, Scorpions opened for upcoming British band UFO. Near the end of the tour, the members of UFO offered guitarist Michael Schenker the lead guitar job, an offer which he soon accepted. Uli Roth, a friend of the Schenker brothers, was then called in temporarily to finish off the tour.
The departure of Michael Schenker led to the breakup of the band. In 1973, Uli Roth, who had helped Scorpions complete the Lonesome Crow tour, was offered the role as lead guitarist, but turned the band down, preferring instead to remain in the band Dawn Road. Rudolf Schenker eventually decided that he wanted to work with Roth, but did not want to resurrect the last Scorpions lineup. He attended some of Dawn Road's rehearsals and ultimately decided to join the band, which consisted of Roth, Francis Buchholz (bass), Achim Kirschning (keyboards) and JÃ¼rgen Rosenthal (drums). Roth and Buchholz persuaded Rudolf Schenker to invite Klaus Meine to join on vocals, which he soon did. While there were more members of Dawn Road than Scorpions in the band, they decided to use the Scorpions name because it was well known in the German hard rock scene and an album had been released under that name.
Last edited: May 20, 2018

My daughter was crankin outHurricane one day. She told me she loved the Scorps. I asked where were she heard them, she said You.

One of my all-time favorite bands! My favorite period would be from Lovedrive (1979) through Face the Heat (1993). Definitely "the glory years" for my tastes. The first couple of albums I can listen to occasionally, but not too often. I'm just not a big fan of their style of psychedelic rock. In Trance was the first album that I can say that I like... not completely, but more than the two that came before it. In Trance, Virgin Killer and Taken By Force all have their moments. But Lovedrive nails it. Change of scenery and new blood when Mathias Jabs joined the band. I definitely like the direction they took at that time.

I can honestly say that they had one of the best album runs of any band, ever. There is not one song from Lovedrive, Animal Magnatism, Blackout, Love at First Sting, Savage Amusement or Crazy World that I don't like. Not one. I'm not sure that I could say that about a 6 album stretch for any other band that I listen to. There's almost always at least one or two dull songs, even on great albums by my favorite artists.

Favorite album would likely be Love at First Sting, but that's likely because it was the album that really turned me into a true-blue Scorpions fan. I have a lot of memories attached to that album, so it'll always be near and dear to my heart. 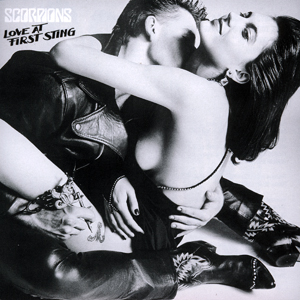 This album also boasts one of the single best power ballads ever written/recorded. Still Loving You is perfect in every way.

Fly to the Rainbow celebrates its 45th birthday November 2019. 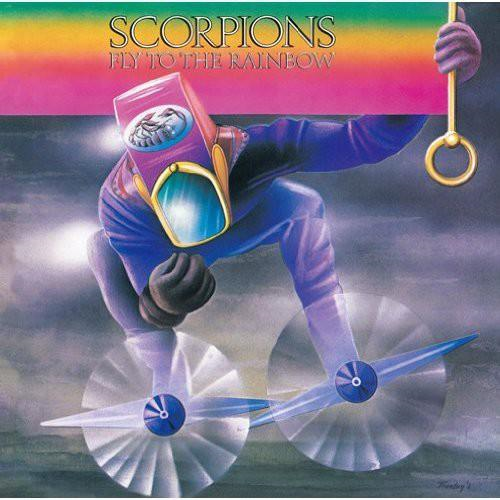 This one is for @Speed King

Fly to the Rainbow