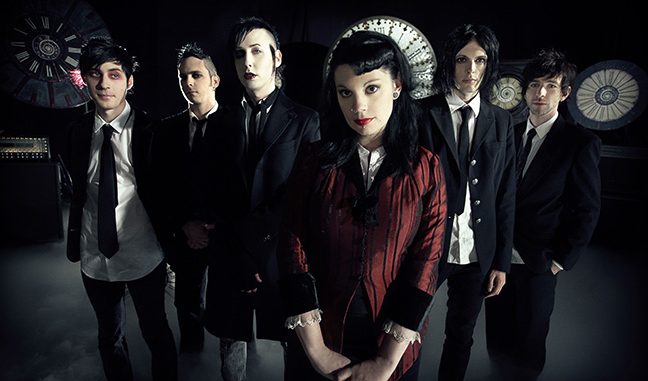 Current members:
Albums:
The Birthday Massacre is a Canadian gothic/electronic rock band. They're probably the greatest random musical discovery I've ever stumbled across on the Internet.

I was just perusing the hard rock and metal section on Amazon Music one day in 2012 or 2013, looking for some new metal to get into, when I saw a picture of the album art for Hide and Seek: 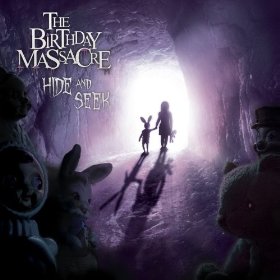 I was like "what the heck is this?" and clicked on it, not knowing what to expect. When I first heard a sample of one of the songs, I listened for maybe two seconds and clicked the back button. I was like "eww, that's not metal at all." I sat there for a minute and then went back to the album samples out of curiosity. What I heard sounded like '80s or early '90s synth pop rock, like something I would have heard when I was a little kid.

Intrigued, I went to YouTube and listened to their song "Down." For the first 30 seconds or so, I was confused, and then once the verse began and I heard Chibi's gentle singing voice, I was absolutely blown away. There was both a gothic darkness to the music and a nostalgic, childlike innocence/brightness. I immediately purchased Hide and Seek, and then after listening to it, I purchased a few more of their albums. Everything I've heard from them is absolutely incredible. Start with whatever album you want. It doesn't matter. They're all friggin' great, and every single one is my favorite.

I honestly can't believe that this band isn't more popular than they are.

Down (from Hide and Seek)

Falling Down (from Walking With Strangers)

Superstition (title track from that album)

One (from Under Your Spell)

New band for me. I love Gothic rock, so it is natural that I would possibly like this band. The album art is spectacular....and makes use of my favorite color....purple!!!

right now I am listening to Pins and Needles. The album opens with a pretty hard hitter, In The Dark, which caught my attention. Chibi's voice is really soothing and ethereal. I like that!!!

They apparently just released a new album this past Friday, Diamonds. Can't wait to get into it.

The Sky Will Turn (from Diamonds)


Here's the full album, courtesy of The Birthday Massacre and Metropolis Records. Big thanks to them for that. Enjoy! I know I will!