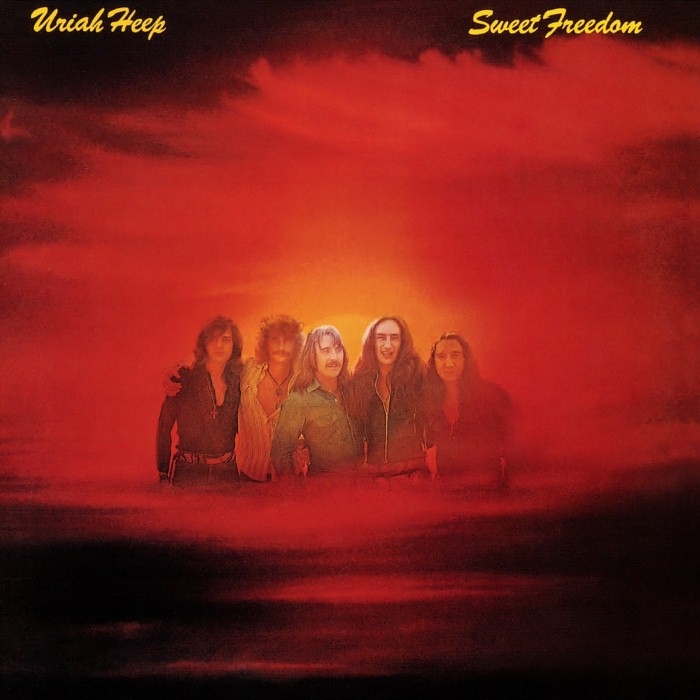 Overview:
By 1973, Uriah Heep had progressed from an English heavy metal band to a worldwide success. They moved on to a new label (Warner Bros.) and began to explore new styles to flesh out their combination of prog complexity and heavy metal muscle. The band's desire to break new ground is established with the lead-off track, "Dreamer": while it riffs as hard as the band's past rockers, it adds a surprising element of funkiness into the band's sound. The gentle, acoustic guitar-dominated "Circus" is another change of pace that pushes the group's sound in a meditative, folky direction. The group also explores new avenues in the lyrical arena. Instead of the mystical tales that dominated albums like Demons and Wizards, Sweet Freedom offers lyrics designed to appeal to the listener on a personal level: The most stirring example is "Stealin'," a song about the regrets that come with living a self-obsessed life. These sentiments were combined with a stirring, soulful melody that helped make the song a radio favorite. Another highlight in this vein is the title track, a song that combines lyrics about the price of being free with an organ-fuelled, hymn-like melody. Despite these successful experiments, there are a few tracks that weigh the proceedings down: "Seven Stars" takes an exciting riff and runs it into the ground with a repetitive arrangement and "Pilgrim" is an over-the-top stab at an adventure tale that pushes the group's excesses to the level of self-parody. However, Sweet Freedom is likable enough to triumph over these missteps. While it isn't the group's finest record, it remains a solid listen for Uriah Heep fans.