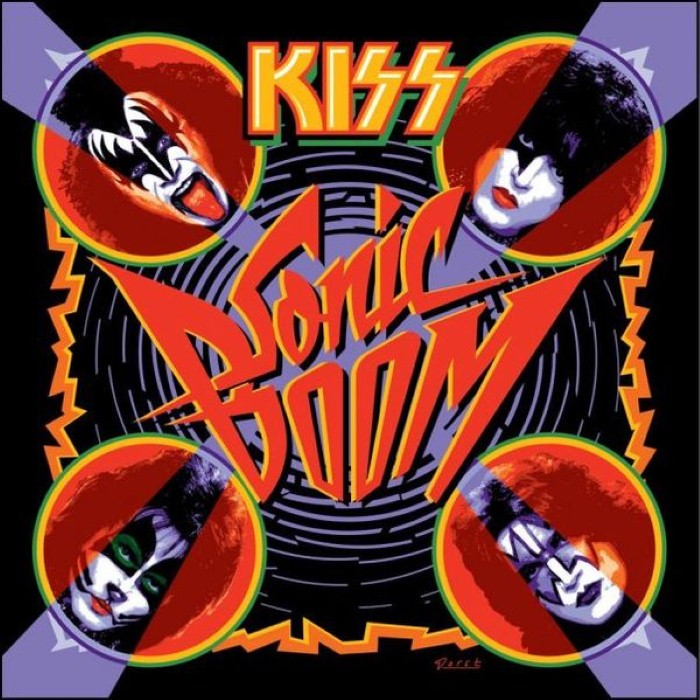 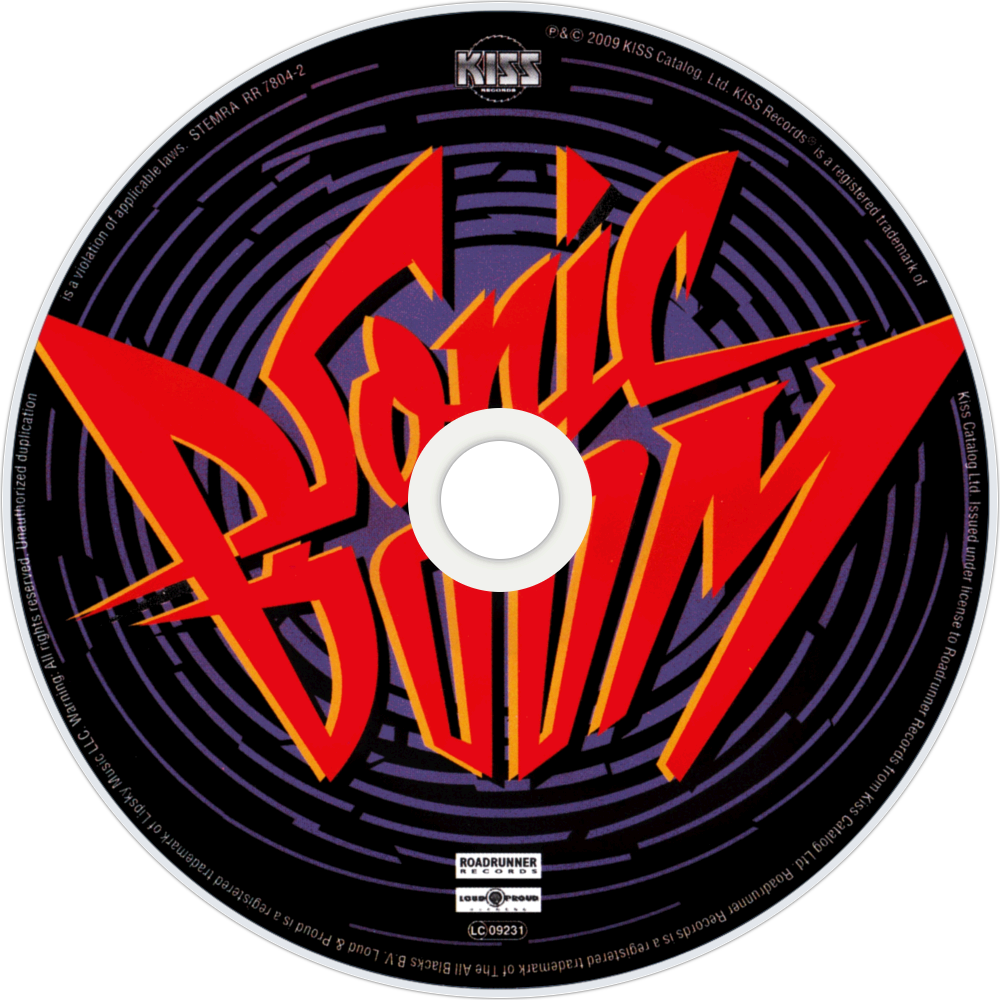 Overview:
Sonic Boom is the 19th studio album and the first in 11 years from the rock band Kiss, released on October 6, 2009. The album was recorded at Conway Recording Studios in Hollywood, CA and produced by Paul Stanley and co-produced by Greg Collins. The album was the first to be released under the new line up consisting of Paul Stanley, Gene Simmons, Tommy Thayer and Eric Singer. Stanley said about the album, "The purpose of this album isn't to let people know that we're still around - it's to let people know we can still knock out anybody who's out there!".
A fan routed North American tour promoted the album along with international shows throughout 2010, which included the band headlining the Rock am Ring festival in Germany. The cover artwork was created by artist Michael Doret who has worked with Kiss previously to create the cover of their 1976 album Rock and Roll Over. Wal-Mart is the exclusive distributor of the album in the US and Canada, selling it as a three disc package including the album, Kiss Klassics (a completely re-recorded greatest hits album exclusively released in Japan as Jigoku-Retsuden), and a six song live DVD recorded April 5, 2009 in Buenos Aires, Argentina as part of the South American leg of the Kiss Alive/35 World Tour.
The album was sold as a digipak including a 20 page booklet. The album's first single was announced on the band's official website to be "Modern Day Delilah". The album was also released on limited edition 180 gram vinyl and was pressed into five colors (red, green, black, blue and purple) with 1000 copies pressed of each. "Modern Day Delilah" was announced and released as the lead single from Sonic Boom on August 19, 2009 to radio. It was Kiss' first single release in 11 years, the last being "You Wanted the Best" released in 1998. Due to early previews of the album, the song gained positive feedback from both critics and fans, and has been compared to the band's '70s work.
The music video for "Modern Day Delilah" leaked online on the first days of December and was officially released on December 9, 2009 and premiered on Yahoo!. The video is topped and tailed by footage of giant sized members of Kiss walking through Detroit. The video went on to top UK music video channel Scuzz's "Most Rockin: Viewer Request Show" chart on December 3, 2009. The single was released as downloadable content for Guitar Hero 5 and Band Hero on November 19, 2009 along with the singles "I Was Made for Lovin' You" and "Lick It Up". Modern Day Delilah peaked at #50 on the Billboard Rock songs chart. The song was used for their opening song for the Sonic Boom Over Europe Tour and The Hottest Show on Earth Tour.
"Say Yeah" was added to the shows on the Kiss Alive/35 World Tour roughly halfway through the fifth leg. Later on, it was mentioned during Kiss' Facebook concert broadcast that "Say Yeah" was going to be the next single off Sonic Boom. On December 5, it was announced that the single would be released to radios on December 8. The single was released on the second week of January 2010 in Argentina. "Say Yeah" also hit #1 on February 5, 2010 on a Russian Radio Chart after debuting at #11. "Never Enough" was released as the next radio single from Sonic Boom in early June 2010 and was mentioned on KISSonline.com. The song was not incorporated into the band's setlist on its 2010 Summer Tour of the US and Canada.

OH yeah, I forgot that they added in the two bonus discs on this release. The first disc is all new tracks and the first studio album with Tommy Thayer on guitar and the first in makeup for Eric (who had previously recorded without makeup for Revenge (1992) and Carnival of Souls (1996) as well as the live/unplugged album later in 1996)

Minus the previously released material...THIS is the band's weakest release. I don't blame Tommy. He's doing what he's told. On "Monster" he did a GREAT job. I don't think he'll ever be given the leeway that Kulick ever had with the band while he was in it, but then again Bruce wasn't going to wear Ace's make-up either so there's that.

I agree, this album is probably the 2nd weakest of their entire catalog, with maybe the exception of Unmasked. That's an awful KISS album. If any other band had put out that album, it might have been ok, but as a KISS album, it's poop.

As for Sonic Boom... I also don't blame Tommy and as a life-long KISS fan, I also don't hate him the way that some people do. Tommy is a hired gun who plays everything the band does to near perfection and far better than Ace was doing in the 90's. Love Ace to death and am one of his biggest fans, but Ace leaving the band wasn't a bad thing. Tommy replacing him wasn't a bad thing either. The worst thing about Tommy wearing the spaceman outfit and Eric Singer wearing the catman outfit is that the band is even in makeup. I loved the reunion shows. I saw them 3 times on the reuion tour and once on the Psycho Circus tour. All great shows. But after that, they should have hung up the paint and just toured wearing 'normal' clothes, no makeup and not limited themselves the way that they have. (I'll save any further thoughts on this for a KISS thread).


As for this album, it's ok-at-best. Modern Day Delilah isn't bad, although sounds like a cross between late 80's and early 90's Paul Stanley. Not that it's a bad thing, but it's far from new or refreshing.

What is refreshing about this album, although not entirely welcomed is that the second bonus disc full of classic KISS songs is all re-recorded songs withe currently lineup, not the original classic versions. Interesting to listen to, but doesn't compare to any of the originals.
Music information in first post provided by The AudioDB
You must log in or register to reply here.
Share: Facebook Twitter Google+ Reddit Pinterest Tumblr WhatsApp Email Link