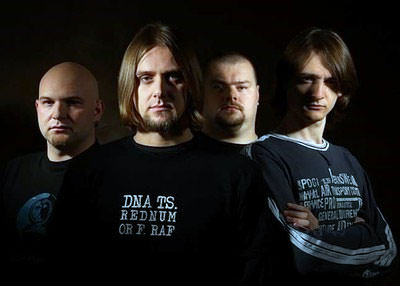 Here is a band that has not only time and time again proven to be worthy of praise, but they simultaneously are one of the most underrated progressive rock bands that came out post-2000. It says a lot about a band that is willing to continue the tradition of progressive rock, and add their own little spin to it.

Basically, Riverside are a pretty great band that have had worldwide success, but there are still a surprising amount of people in this world that don't know their name. Think of bands like Porcupine Tree, Dead Can Dance, and Radiohead and you've basically got yourself a hybrid of sound that Riverside continuously go for, and succeed at in all forms.

When it comes to the music though, I personally prefer anything after Rapid Eye Movement, which came out in 2007. This means, yes, Love, Fear and The Time Machine is easily one of the best progressive rock albums I've ever heard, and considering it came out in 2015, that certainly says a lot. I've probably listened to the album as a whole more than 100 times.

Nice. Definitely happy to see some love for Love Fear and The Time Machine. It's a great album from start to finish.

I will check that out later. Bookmarking for now. Gotta take the dog to the Vet.....BBL.

I know of this band but hadn't listened to any of their albums until today. I tried listening to Love, Fear and the Time Machine when it first came out. That was when I was first getting into softer music, and for whatever reason, I just wasn't feeling it. I honestly have no idea why, because I just listened to it for the first time in its entirety a few minutes ago, and it's pretty good!


They actually just came out with a new album, Wasteland. I haven't listened to it yet, but if this track is any indication, it sounds promising.


Sadly, their guitarist, Piotr Grudziński, died in February of 2016 of a heart attack.

I sat down and listened to Wasteland while playing some Everybody's Golf tonight. It was actually a little heavier than I was expecting overall, but it had some solid softer moments as well. I enjoyed it.