Opeth are giants in not just the progressive genre but metal as well overall. They are my fourth favourite band of all time with such a diverse discography. Early albums had more Black Metal tinges in the extreme side of their sound along with death type growls but what makes them unique is the epic melodies, time signatures and overall soundscapes that are different from album to album. From Heritage onward they would adopt a progressive rock direction that divided some fans but I honestly love all Opeth's work to date. Damnation was also very melodic with 100% cleans and that was still in their period where albums on either side had growls. My two most recommended albums are my top two favourites which are Still Life and Damnation although I'd add Deliverance as that is a companion album with Damnation. Mikael has such an awesome range vocally and is a great song-writer and guitarist. Legends in my book. I am super excited for the upcoming album, In Cauda Venenum.

Each Opeth album is like its own well-written story...

SiphonOfDestruction said:
Each Opeth album is like its own well-written story...
Click to expand...
Why Still Life is my favourite is the very story and concept as well as the addicting music.

Opeth is one of those legendary bands that really needs no introduction and whose awesomeness I'll struggle to accurately convey in words, so I won't even try. I started listening to them not too long after I first got into metal at the end of 2011, and the rest, as they say, is history. My favorite album of theirs will probably always be the first one I listened to, Blackwater Park, but they're pretty much all excellent.

Ghost of Perdition (from Ghost Reveries)

Cusp of Eternity (from Pale Communion)

Will O The Wisp (from Sorceress) 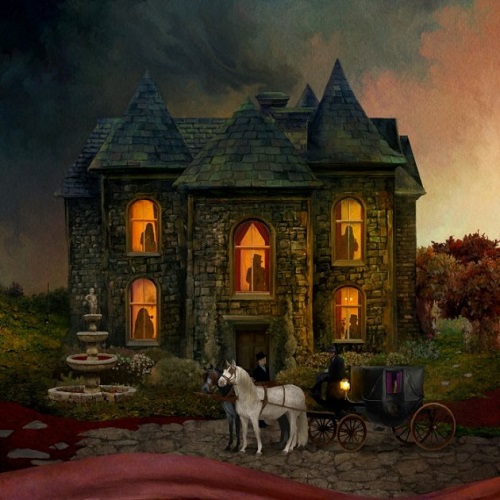 triptych said:
My g f 's fav band ....she got me hooked to them
Click to expand...
Sounds like she's a keeper!