Nightwish is a Symphonic / Power Metal band from Finland. Their music is very complex, melodic, and gothic at times. The female vocals are soaring and operatic. The musical themes are usually about fantasy and mythology.

Nightwish has had 3 female vocalists since their formation; Tarja Turunen, Anette Olzon, and Floor Jansen. Tarja happens to be my favorite of the three, but I still like what the band has done since her departure.

My favorite album is Once, which was Tarja's last album with the band and contained the song "Nemo", which charted highly throughout the world. Once also used the London Philharmonic orchestra and a Choir for backing vocals. It is a stunning album. 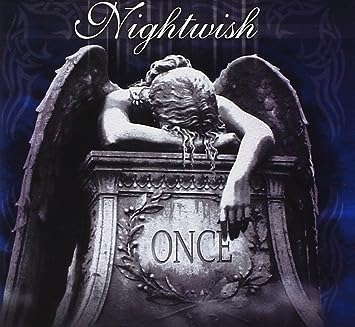 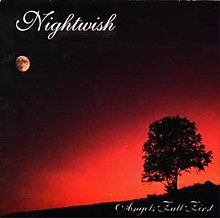 Beauty and the Beast

Yeah, they're definitely a band that needs no introduction whatsoever. I'm glad you made this thread, Magic. I wouldn't even have known where to begin. Ha ha.

I like all three of the female singers they've had, but I'm a little biased towards Floor because I like ReVamp and After Forever, the two bands that she was in before she joined Nightwish. In general, I prefer everything they've done from Once onwards. I feel like a lot of people's favorite album of theirs is Oceanborn, but I found it and most of their other earlier stuff to be a bit too clunky sounding.

My favorite albums of theirs are Endless Forms Most Beautiful (which I thought was an absolute masterpiece), Once (which is almost equally good), and I guess Dark Passion Play, in that order. My two favorite songs of theirs are The Greatest Show on Earth, the epic 20+ minute closer from Endless Forms Most Beautiful, and Ghost Love Score from Once.

NOTE: This is a fanmade video, not an official one.

@Mr. Gregory Endless Forms Most Beautiful is a masterpiece. If I were to rank Nightwish albums, that would come in at #2 and Dark Passion Play #3.

But I just love Tarja's voice. I like her solo material just as much.

Magic said:
@Mr. Gregory Endless Forms Most Beautiful is a masterpiece. If I were to rank Nightwish albums, that would come in at #2 and Dark Passion Play #3.

But I just love Tarja's voice. I like her solo material just as much.
Click to expand...

That Marco guy isn't too bad either. Ha ha.

Anette isn't getting enough love in this thread. I haven't listened to Imaginaerum for a while, because when I want to hear Anette, I almost always go to Dark Passion Play instead, but I've always liked this track.