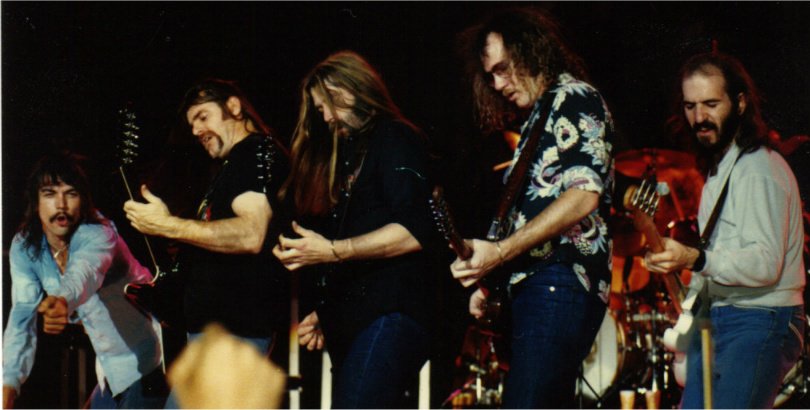 Albums: (The album title is a link the album thread with album video)

Named after a legendary Southern prostitute who allegedly beheaded and mutilated her clients, Jacksonville's Molly Hatchet meld loud hard rock boogie with guitar jam-oriented Southern rock. Formed in 1975, the group's original lineup featured three guitarists -- Dave Hlubek, Steve Holland, and Duane Roland -- plus vocalist Danny Joe Brown, bassist Banner Thomas, and drummer Bruce Crump. They recorded a self-titled debut album in 1978, which quickly went platinum; the follow-up, Flirtin' With Disaster, was even more successful, selling over two million copies. Brown left the group in 1980 after the constant touring became too tiresome; he was replaced by Jimmy Farrar for Beatin' the Odds, but Farrar's voice was less immediately identifiable, and Molly Hatchet's commercial appeal began a slow decline. The band experimented with horns on Take No Prisoners, but Farrar left for a solo career soon afterwards. Brown rejoined the band in 1982, but the ensuing album, No Guts...No Glory, flopped, and guitarist Hlubek insisted on revamping Molly Hatchet's sound. After The Deed is Done, a straightforward pop/rock album, the group took some time off in 1985 while its Double Trouble Live album, a collection of some of its best-known songs, was released. Molly Hatchet returned in 1989 without Hlubek for an album of straight, polished AOR, Lightning Strikes Twice. Not even the group's fan base bought the record, and Molly Hatchet disbanded shortly afterward. They reunited in the mid-'90s as an active touring outfit, releasing Devil's Canyon, their first record since Lightning Strikes Twice, in 1996. Continuing to recapture the style of their glory days, Silent Reign of Heroes followed in 1998, and Kingdom of XII appeared in early 2001. A slew of live recordings appeared during the next few years, and the band's studio follow-up, Warriors of the Rainbow Bridge, was released in 2005. Their 13th album, Justice, appeared in 2010.
Last edited: May 20, 2018

Molly Hatchet is my #1 favorite southern hard rock band. I don't think they made a bad album....EVER.

The first 5 albums seem to stay in my playlist rotation with No Guts...No Glory being my fave. Fall of the Peacemakers is a beautiful song.

Next in line would be the debut, Molly Hatchet with Dreams I'll Never See.

I think Dave Hlubek was a major guitar virtuoso... Big, mean man with some big, mean picks and licks!

They also have some of the greatest album art ever to bless the music... The artistic prowess of Frank Frazetta is something glorious to behold.
Last edited: Apr 4, 2018

SiphonOfDestruction said:
They also have some of the greatest album art ever to bless the music... The artistic prowess of Frank Frazetta is something glorious to behold.
Click to expand...
I use to buy their albums just because I liked the art work.......a bonus was the music was ass kickin, too.

They put out some great stuff.

Magic said:
I use to buy their albums just because I liked the art work.......a bonus was the music was ass kickin, too.
Click to expand...
My first two vinyl albums were Molly Hatchet's first album, and the Moody Blues, Days Of Future Past. I have to admit, I bought the Molly Hatchet LP based on the art work, I had never heard the album. Imagine my surprise when I went home and listened to it!

Oh, and one of the awesome things about Danny Joe Brown's voice: he always sounded like he had a cold. It gave his voice a unique sound. 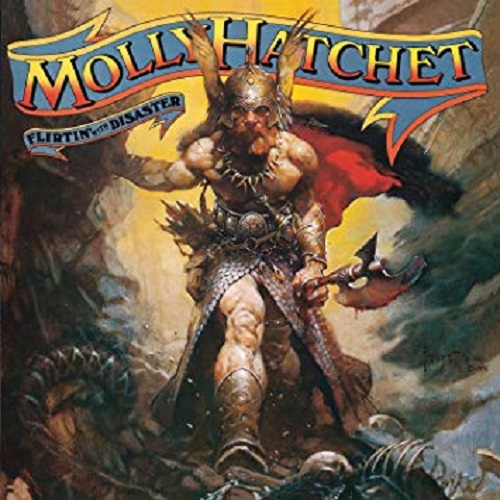 Gave this album a listen today. This album is 40 years old and Kicks ASS!!