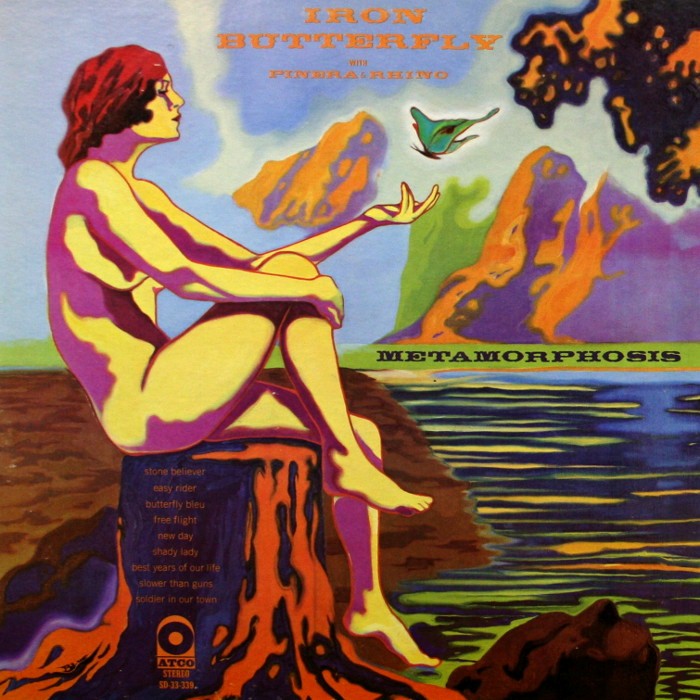 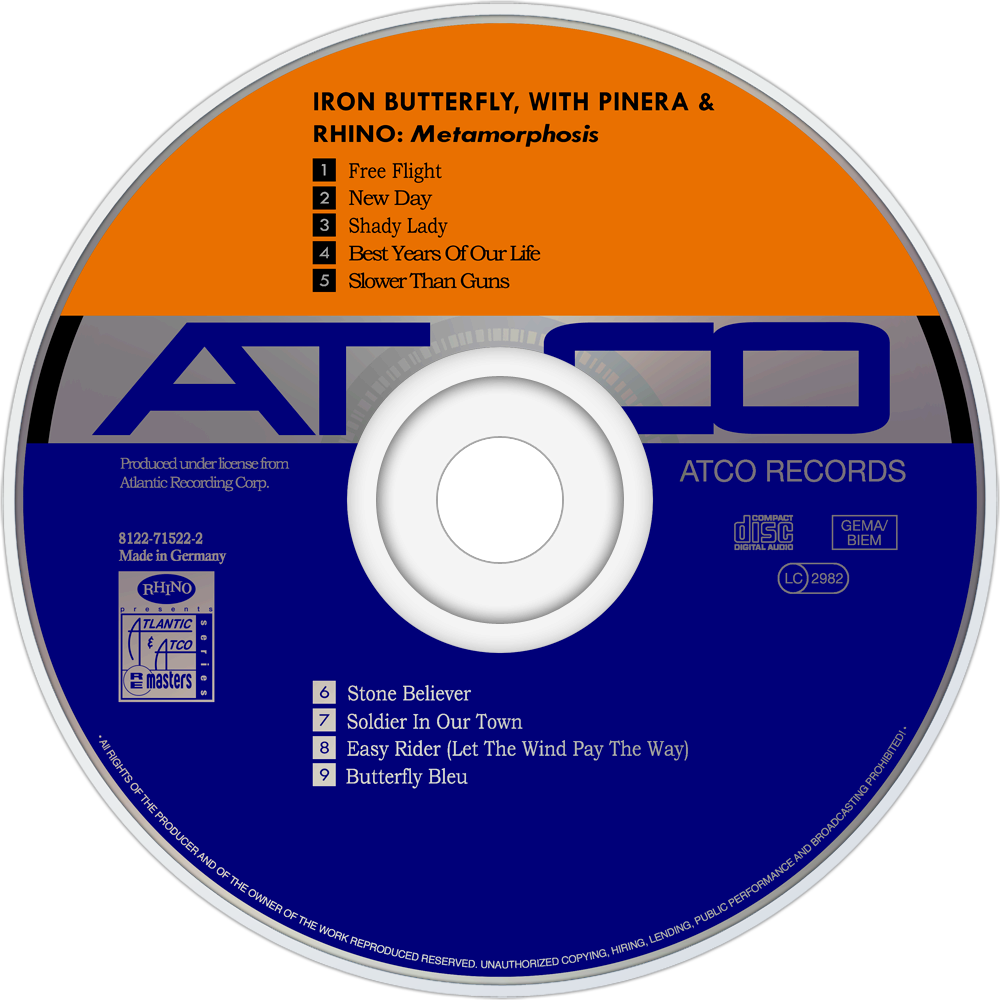 Overview:
Metamorphosis is the fourth studio album by Iron Butterfly, released on August 13, 1970. Though not as successful as its predecessor Ball (1969), it reached number 16 on the US charts. Erik Brann, who left because of band disputes, was replaced by four session guitarists. Two of them, Mike Pinera, and Larry "Rhino" Reinhardt (called El Rhino on the sleeve), would become members of Iron Butterfly before the album's release. Officially, the album is credited not to Iron Butterfly, but to "Iron Butterfly with Pinera & Rhino", in reference to the two aforementioned guitarists.

The album spawned the single "Easy Rider (Let the Wind Pay the Way)", which reached number 66 on the Billboard chart, making it the band's biggest hit aside from "In-A-Gadda-Da-Vida". The album is noted for having one of the earliest uses of the talk box on a rock album