Poll Is there a difference between Glam Metal and Hair Metal?

Is there a difference between Glam Metal and Hair Metal?

I've always thought them to be the same thing, but I could be missing some of the critical elements that differentiate the two.

I thought hair metal was a term MTV made up for glam metal bands?

Bands like Motley Crue were hair metal, but what about Poison? Glam metal? Or the same?

Wonderful thing about genre categorization is that it helps us explore our favorite music... But often it can be difficult to f*ck around with.

I'm on the opposite end. I think they are different. Not so much a sound thing, but an image thing, a certain look. Both had a not to be taken too seriously music style. It was meant to be fun.

I think both categories got lumped together because of the hair. Hell, everyone back in the 80's had long hair. Glam was more than just long teased, tons of hairspray, hair. It was like the name implies.....a Glamorous, almost girly, look.

To show my point, I would have to give a picture lesson. 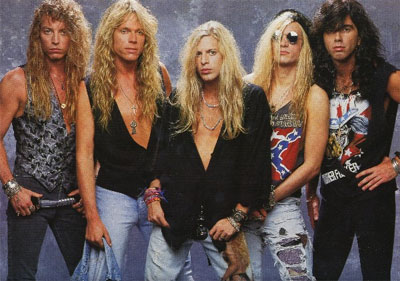 Steel Panther is Hair Metal....even though they are MEANT to be funny. 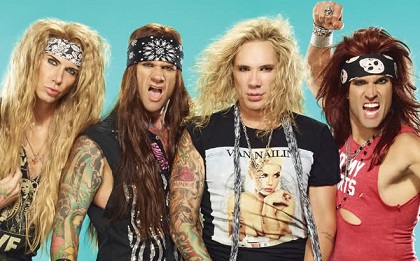 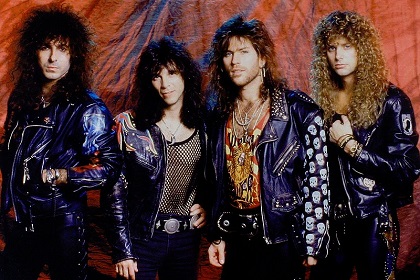 on the other hand, Stryper is Glam Metal. Notice the outfits and makeup, along with the hair. 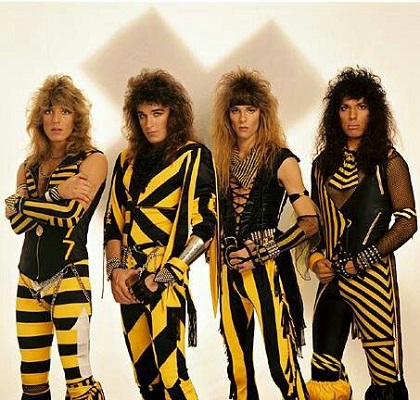 And here we have Sweet. Definitely Glam..... 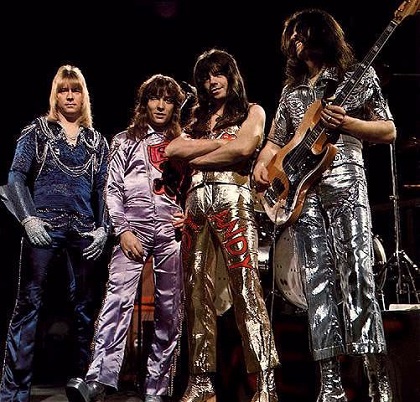 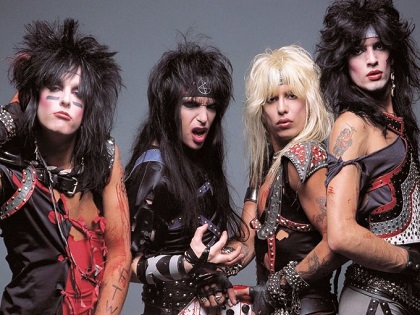 And the biggest glam of them all....Twisted Sister. 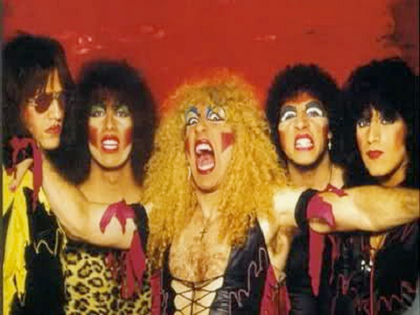 Now can you see where I am getting my opinion from.

The two terms are used intermixedly (izzat a word?), meaning, depending on who is using it, depends on if they mean the same thing or if they have different meanings.

Telsa. I would NEVER put them in either category. Just because they have long hair (like most rock stars dating back to the 60's and definitely from the 70's on forward), but that doesn't make them hair metal. Metal is even stretching it with Tesla. More like straight up, in your face hard rock, but they OFTEN get listed as being hair metal

Back in 1985-87, there were a lot of hard rock acts that took up a "glam" look. Kiss, Motley Crue, Twisted Sister, Cinderella, Poison. Ratt, Hanoi Rocks, Quiet Riot, hell, even Aerosmith to an extent (although I'd never lump them in with any metal), Faster Pussycat, Stryper, WASP, Britny Fox, etc etc etc.

Musically, I wouldn't put those bands all in the same category and i'm not sure they deserve to be sectioned off from other bands based soley on picture on the front of back of their album, or because of clothes that they wore on 1 or 2 tours. *shrug* .

So, to answer the question, I don't have an answer. There are negative connotations by some people for either term. I personally don't care and I embrace the vast majority of the music as many of my all-time favorite bands went through a few years or it or lived and died by those two sub-genres. Bottom line, I think that both terms are more appearance based than musical style based and to me, the music matters FAR more than the "look" of the day. 80's bands wore makeup? Oh noez! (hint, so did bands in the 70's and 90's)

I tend to think they're close to the same if not THE same. Common theme with those pics even if some bands make-up is different is the hair. If anything perhaps hair metal is probably the more embracing term to include bands with less ''glam'' make up.

@Lynch
Tesla of the 80's was definitely just a bunch of guys with long hair......even though their debut gets put into the glam metal (hair metal) genre...

I know I loved the song Little Susie, which the sound definitely fits in with all the other "hair" bands back then.

What I am trying to nail down is "why" or "how" all these metal bands got called hair/glam metal. There has to be more to it than just flashy outfits, teased hair, and make-up. God knows I LOVE glam and I absolutely adore all the 80's bands, even if they are a bit cheesy.

Magic said:
Is there a difference between Glam Metal and Hair Metal?
Click to expand...

I don't listen to and am not super familiar with either, so I can't really answer that question with confidence. I've always heard the terms used interchangeably, so I've always just kind of assumed that they were the same thing. They could be the same exact thing, they could be as similar as djent and metalcore, or they could be as different as black and death metal. To someone who never listens to those styles of music and at most only hears a few samples of each, it's all the same. Only a true connoisseur of those musical subgenres would know for sure.

As Lynch sort of alluded to, aesthetics alone don't make a musical subgenre for me. It's all about the sound. So, if the only difference between glam and hair metal is the aesthetics, then to me, they're the same thing. To you, they may not be - and that's totally fine. I don't get too wrapped up in musical labels these days.

I TRY not to get bogged down in genre labels. Unfortunately, the more I branch out of my comfort zone, it appears those labels are important. Metal is the worst for having "labels".

As far as glam / hair metal goes, there are some differences in the music, like the cliche ballads. Not power ballads, but the love ballads. Those seem to be pretty standard in hair metal.

I do feel that the androgynous look is also fairly exclusive to glam. Glam is short for glamorous.

I have always hated either label. What's wrong with just saying Metal or Rock. I love to listen to everything from Poison to Megadeath to Huey Lewis and the News lol I always laughed at the term "Hair Metal" as opposed to what? Bald Metal?