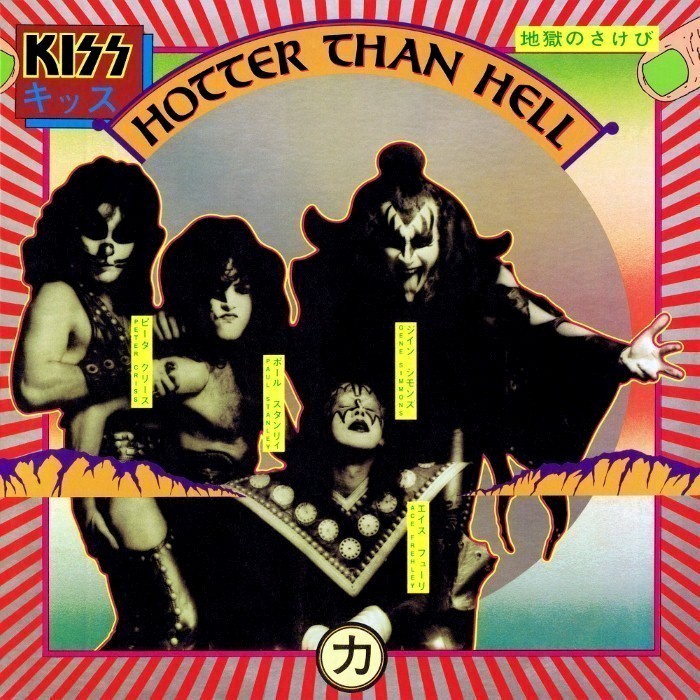 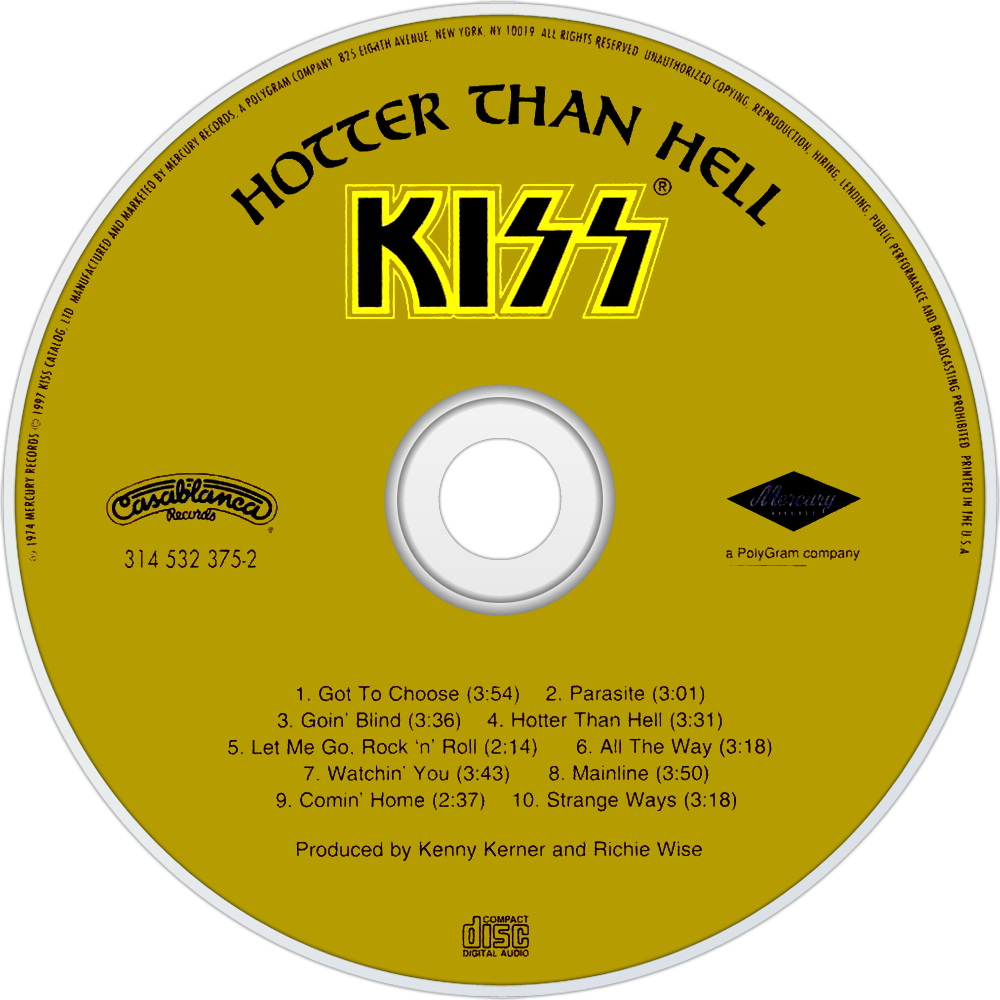 Overview:
Hotter Than Hell is the second studio album by American rock band Kiss, released on October 22, 1974. It was certified Gold on June 23, 1977, having shipped 500,000 copies. The album was re-released in 1997 in a remastered version. It peaked on the charts at #100, without the benefit of a hit single. Many of the album's songs are live staples for the band, including "Got to Choose", "Parasite", "Hotter Than Hell", "Let Me Go, Rock & Roll", and "Watchin' You".

The production team of Kenny Kerner and Richie Wise, who had produced the group's first album, was chosen for the follow-up. Since the pair had relocated to Los Angeles, Kiss moved there to work with them. The band who are all from New York, immediately developed a dislike for their new surroundings. Paul Stanley's guitar was stolen on his first day in Los Angeles. The working title for the album was The Harder They Come. Although the album featured three songs penned by lead guitarist Ace Frehley, he did not sing lead vocals on any of them; his lack of confidence in his singing abilities at the time led to lead vocal duties for "Parasite" and "Strange Ways" going to Gene Simmons and Peter Criss, respectively. Frehley's guitar solo on "Strange Ways" has been referred to as one of his best.

The album is well known for its striking cover. The front featured Japanese manga-influenced artwork, and the back cover showed individual band shots taken by Norman Seeff at a wild party, and a composite of all four band members' makeup designs.

The production on this album is pretty crummy, which is kind of odd after their debut sounds so good. This album sounds like it was recorded in someone's hallway closet.

BUT, that doesn't make it a bad album. Quite the opposite. The band had a hell of a debut and this was a hell of a followup. The mood is a lot 'darker' on this album. Not sure if that is simply because of the crummy sound quality litered throughout the album or if it's the songs themselves (well some of it is the songs). Darker sound and parts of the album had a darker theme.

Ace also got a couple of solo writing credits on this album, although he passed off singing duties to Gene on Parasite and Peter on Strange Ways ... both songs being among the best on the album.

Watchin' You - enjoy the vid guys. Has nothing to do with the song, but still some gratuitous eye candy.