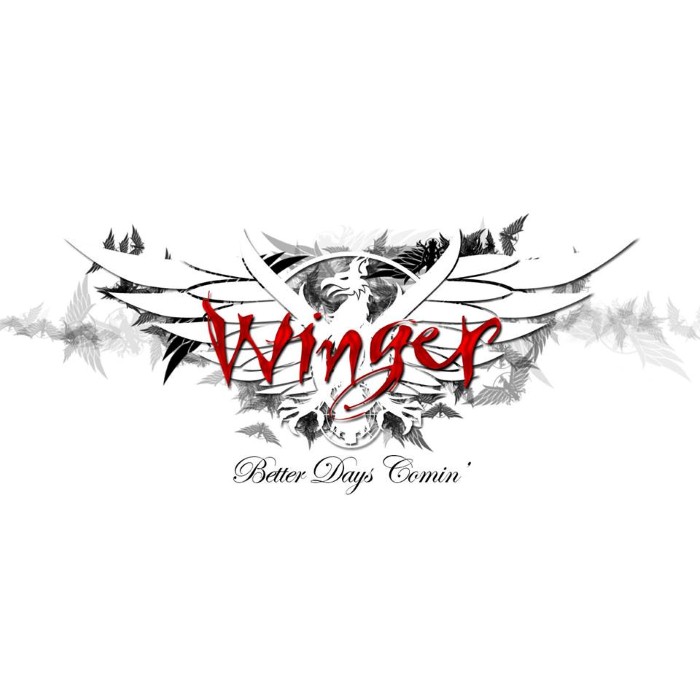 Overview:
Better Days Comin' is the sixth studio album by American rock band Winger. It was released on April 23, 2014, debuting at #21 on the Top Current Rock Albums Chart and #85 on the Billboard 200.

Like most hair metal bands, Winger took retirement in the '90s, fading away after their 1993 album -- Pull, which reached a respectable 83 on the Billboard charts -- then worked a comeback that began in 2006 with IV. Better Days Comin', the group's sixth album, arrived eight years later, at the point when '90s nostalgia started to fade and old-fashioned workmanship began to take hold. Certainly, the Winger of 2014 aren't unrecognizable from the Winger of 1989 -- they share some of the same lyrical and musical attack, while guitarist Reb Beach still adheres to his heavily chorused distortion -- but if the arena-filling stomp is still present, it no longer feels as hedonistic, not even when Winger are singing about a "Midnight Driver of a Love Machine," which they do on the opening song here. This is a considered blend of nostalgia and craft, and if the craft is employed toward big, dumb hair metal songs spiked with the occasional stab at big thoughts ("Better Days Comin'," "Tin Soldier"), so be it. Winger aren't living in the past but they're not denying who they are, they're simply plowing ahead playing the way they've always played, sometimes slipping into slight self-parody (again, it's hard to look beyond "Midnight Driver of a Love Machine") but also coming up with the occasional bit of skyscraping '80s AOR like "So Long China," whose presence is reason enough for this album to exist.