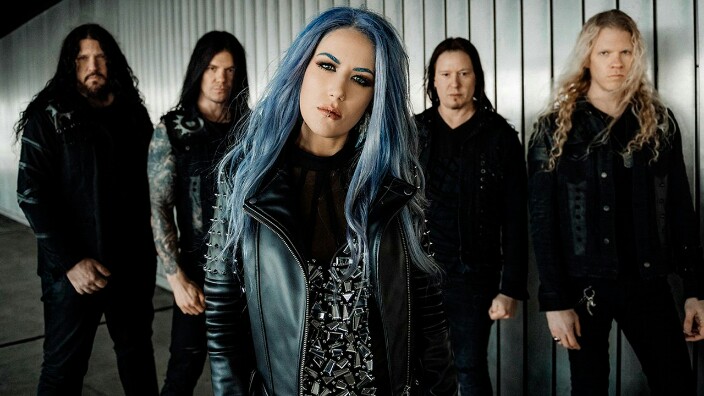 Current members:
Notable former members:
Albums:
Arch Enemy is a Swedish melodic death metal band that has been around since 1995. They combine Gothenburg-style melodic death metal riffs with harsh, growled vocals, which are particularly notable because they've been done by a female for the majority of the band's existence. Johan Liiva was their vocalist for the first three albums. Angela Gossow assumed those duties beginning with Wages of Sin in 2001, and she was their lead vocalist until 2014's War Eternal, when she decided to leave the band and become its manager. They recruited Alissa White-Gluz, formerly of the Canadian metalcore band The Agonist, to replace her.

I own every album they've made from Doomsday Machine onwards, and I have yet to be disappointed with any of their work. Angela's vocals are a bit harsher and more intense/menacing sounding than Alissa's, but for me, it's not a competition. I love both of them and could listen to them screaming their angsty, rebellious lyrics at me all day long.

As for the instrumentation, the guitar work and drumming is top notch. I really like their solos, and they frequently throw progressive elements into their shredding without straying too far off the beaten path. It's good stuff, to say the least. They're a well-oiled machine and have been consistent enough over time without slipping into the realm of spinning their wheels or sounding exactly the same with each new release.

Taking Back My Soul (from Doomsday Machine)


Revolution Begins (from Rise of the Tyrant)


Under Black Flags We Match (from Khaos Legions)


You Will Know My Name (from War Eternal)


The Race (from Will to Power)

@Riff_Raff New album in the works?

Magic said:
@Riff_Raff New album in the works?
Click to expand...
I think there is.

Here's the other single.

It's been a little while since I've listened to some Arch Enemy. I'm already very much looking forward to Deceivers. All of the singles that have been released so far are great. They're sounding more bombastic, and I love it. This single, "Handshake With Hell," is superb, and it's my favorite one so far. There's a nice little surprise in here from Alissa. I won't spoil it.