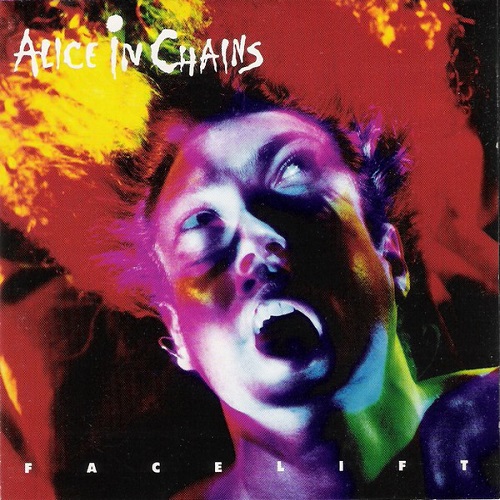 
The debut album from Alice in Chains which brought us the hit “Man in the Box”. Back in the early 90’s, I was more of a radio listener than a person who bought albums or CD’s, therefore, I got exposed to AIC with the hit song on the radio. I actually liked “Man in the Box”, a throbbing beat and distorted sound which would later go on to define AIC. Our local college radio station, which was run by students, would play other songs off this album, like “Love, Hate, Love” and “Sea of Sorrow”, which have outstanding and unique vocals, and some great guitar riffs. I had no clue I was quickly becoming a grunge fan. I like the distorted, sludgy, deep guitars. I also like the slower tempos and darker lyrical material. AIC also has great harmonies and melody in their music, which has a great appeal to me since I am a big fan of melodic rock and metal. AIC went on to become my all time favorite grunge band with Pearl Jam and Soundgarden coming in right behind them as favorites. One aspect of the grunge movement I really liked was the fashion….or lack there of. Flannel shirts, t-shirts, jeans; never anything fancy or glitzy. I was very content in the early 90’s to look frumpy and I could easily relate to the stage presence of these grunge bands who looked and sounded “Normal” to me.

Facelift borders on being a heavy metal album, IMO, with the short, but killer distorted guitar solos from Cantrell, especially in the song "Sea Of Sorrow". Facelift is easily one of my favorite albums from Alice In Chains. MIke Starr and Layne Staley will always live on as grunge gods as long as we have an album as fantastic as Facelift.

Love this album, it was my first real exposure to 'grunge'. A friend of mine bought the CD right after it had come out and he played Man in the Box for me before it was even being played on the radio back in 1990 and I was instantly a fan.

I would honestly guess that this album is the reason that I don't like the rest of the grunge movement. AIC kicked ass on this album and a Magic said, it borders on metal. From the first notes of We Die Young, this album STILL grabs me as being as heavy now as it was back then. Nirvana, Soundgarden, Temple, Pearl Jam, etc could NEVER live up to what I first heard here. There were elements from all of those other big name grunge bands that turned me off as well (and I'm not going to go into all of that here).

Bottom line, Facelift will tear your face off and rock your socks off! Fantastic album and probably one of the 2 or 3 best albums of the genre. (care to guess my other two of those three? Dirt and Tripod )