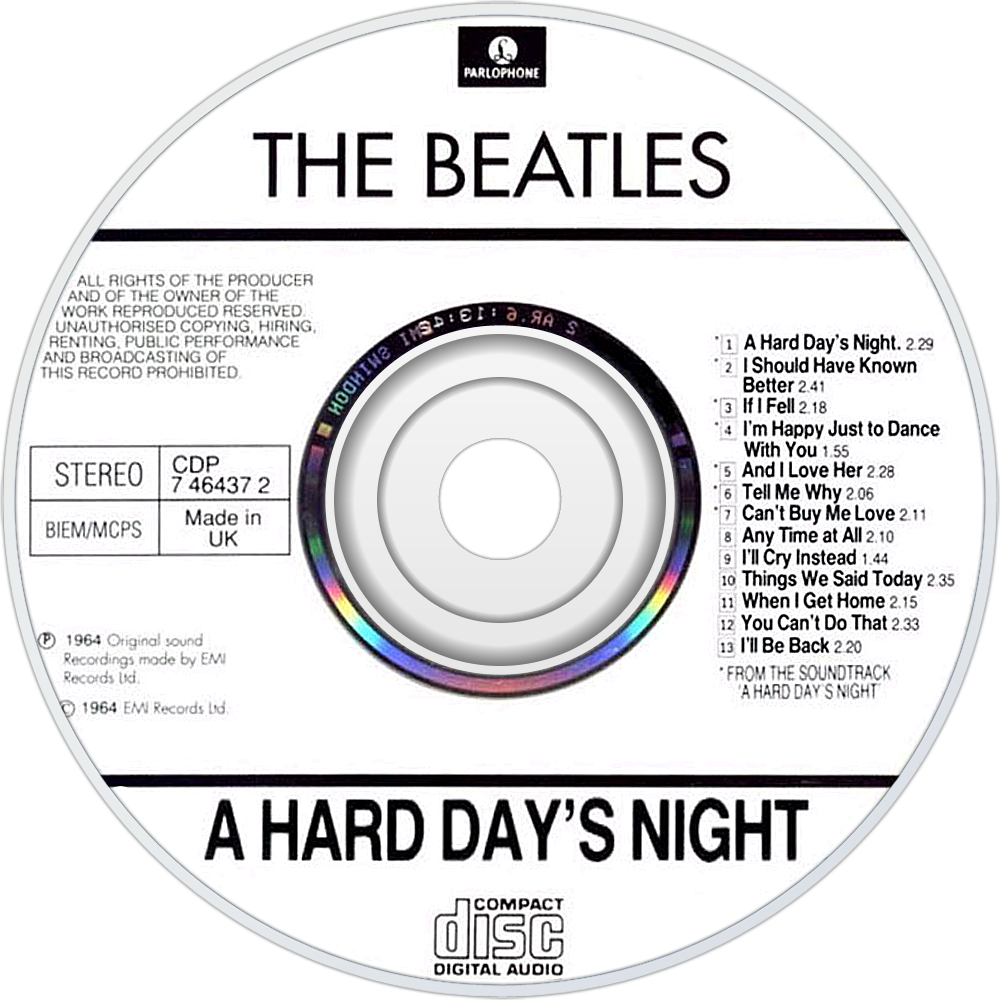 Overview:
A Hard Day's Night is the third studio album by The Beatles, released on 10 July 1964, with side one containing songs from the soundtrack to their film A Hard Day's Night. The American version of the album was released two weeks earlier, on 26 June 1964 by United Artists Records, with a different track listing. This is the first Beatles album to be recorded entirely on four-track tape, allowing for good stereo mixes.

While showcasing the development of the band's songwriting talents, the album sticks to the basic rock and roll instrumentation and song format. The album contains some of their most famous songs, including the title track, with its distinct, instantly recognisable opening chord, and the previously released "Can't Buy Me Love"; both were transatlantic number-one singles for the band.

The title of the album was the accidental creation of drummer Ringo Starr. According to Lennon in a 1980 interview with Playboy magazine: "I was going home in the car and Dick Lester [director of the movie] suggested the title, 'Hard Day's Night' from something Ringo had said. I had used it in 'In His Own Write', but it was an off-the-cuff remark by Ringo. You know, one of those malapropisms. A Ringo-ism, where he said it not to be funny... just said it. So Dick Lester said, 'We are going to use that title.'"